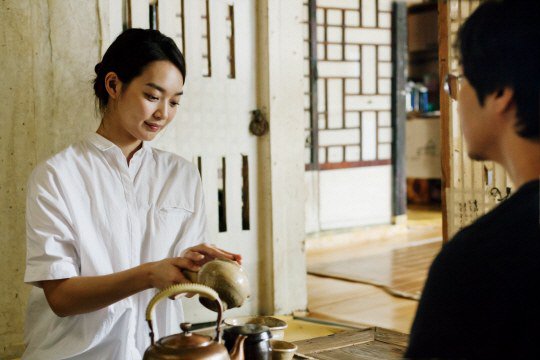 Actress Shin Min-ah is starring in the movie "Gyeongju" as the daughter of a tea café, Gong Yoon-hee.

Known for her bright and bubbly characters in the past dramas like "The Naked Kitchen", "Go Go 70s", "The Beast and the Beauty" and more, this time Shin Min-ah is deeper and more matured than that.

Gong Yoon-hee is an elegant female who runs a tea shop and is known as "Gyeongju Goddess" and also has a clumsy side.

Shin Min-ah's decision to star in "Gyeongju" was because of her faith in director Zhang Lu as well as the character and interesting storyline.

"Gyeongju" is directed by Zhang Lu who has swept the Cannes, Berlin and Venice International Film Festivals which can be called the festivals of the world. The synergy between Zhang Lu and Shin Min-ah can be expected to be amazing.

"Gyeongju" will be released on the 12th of June.

"Shin Min-ah chose "Gyeongju" because of faith"
by HanCinema is licensed under a Creative Commons Attribution-Share Alike 3.0 Unported License.
Based on a work from this source