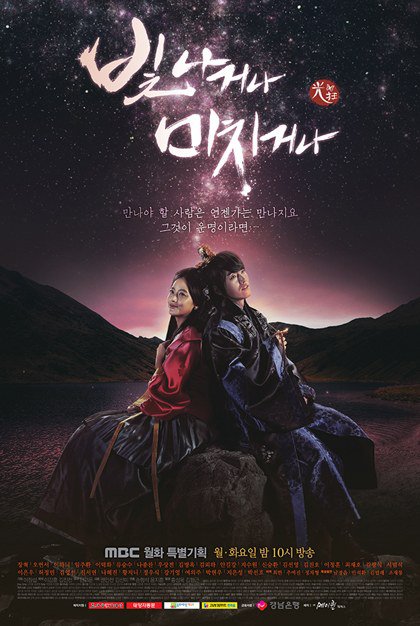 MBC drama "Shine or Go Crazy" broke its own record once again.

According to Nielsen Korea, the twelfth episode of the drama increased by 1.2%, resulting in 14.3%. The eleventh episode recorded 13.1%.

In addition to having broken its own record, the drama also came in first out of all three broadcasting stations. It's been on the go ever since "Punch - Drama" ended.

Meanwhile, "Heard It Through the Grapevine" increased slightly to 7.2% but KBS 2TV "Blood" came in last with 5.5%.

""Shine or Go Crazy" breaks record two days in a row"
by HanCinema is licensed under a Creative Commons Attribution-Share Alike 3.0 Unported License.
Based on a work from this source