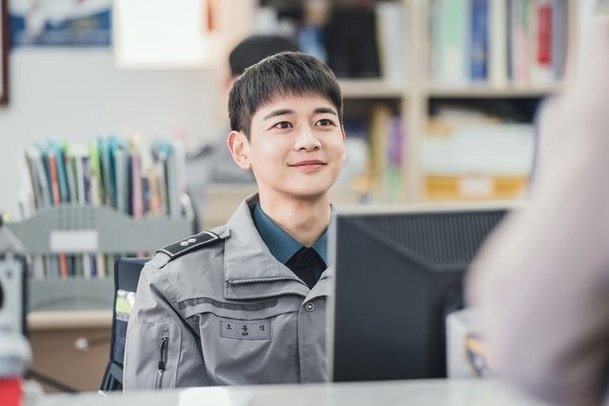 Singer and actor Choi Minho (SHINee) has transformed into a policeman.

Choi Minho is starring as Oh Dong-sik, a policeman in charge of security around Cheonggye Stream, in the original Kakao TV drama "Lovestruck in the City". In the seventh episode, which was released on January 12th, Oh Dong-sik said Park Jae-won (Ji Chang-wook) would always come to the police station to report Yoon Seon-ah, a camera thief, whenever he gets drunk.

Oh Dong-sik listened to drunk Park Jae-won, comforting him and realistically portraying the difficulties of a policeman who goes through various things.

Choi Minho, who plays Oh Dong-sik, naturally melts into the drama, brightening the atmosphere, and captivates the hearts of viewers with his warm uniform visuals, making them anticipate future performances. 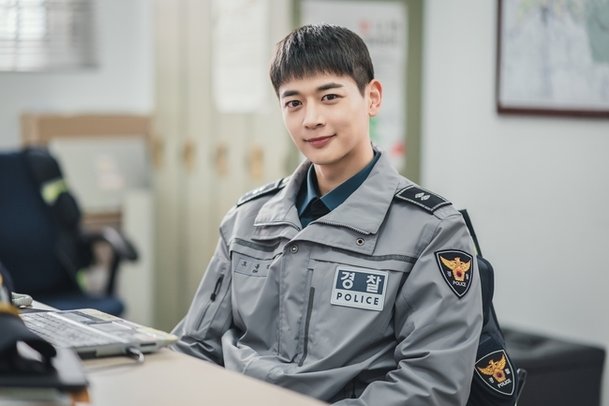 "SHINee Choi Minho Transforms into a Policeman in "Lovestruck in the City""
by HanCinema is licensed under a Creative Commons Attribution-Share Alike 3.0 Unported License.
Based on a work from this source