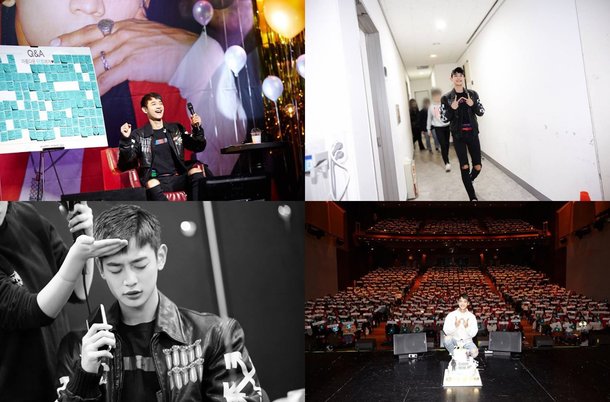 SHINee's Choi Minho had a special time with his fans on his birthday.

He posted pictures on his Twitter saying, ""Illang : The Wolf Brigade" is finally out! Here are pictures of my 27th birthday party!"

The pictures show him during Q&A, blowing out his candles, and singing.

There were also pictures of the rehearsals, which the fans didn't get to see.

"SHINee's Choi Minho Celebrates Birthday With Fans"
by HanCinema is licensed under a Creative Commons Attribution-Share Alike 3.0 Unported License.
Based on a work from this source