SHINee's Concert in England To Be Open on Facebook 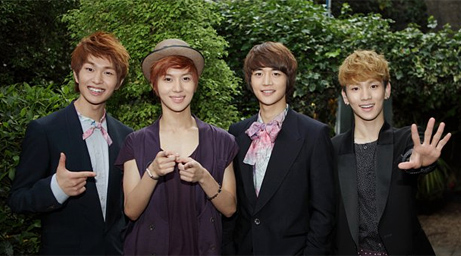 SHINee held an event concert in London, England to celebrate their debut in Japan and it will be open to the public through Facebook, their agency SM said on June 17.

SHINee held the event entitled "Japan Debut Premium Reception in London" on June 19 at 3 pm (local time) at the "Abbey Road Studio" located in London, and their performance singing their Japanese debut song entitled "Replay" will be released on the SM Town website on Facebook. Abbey Road Studio is a very famous place as the Beatles had recorded their albums there and it was also used as the album jacket photo for their album entitled "Abbey Road". Many star singers and groups such as Stevie Wonder, Bryan Adams, Coldplay, and Robbie Williams have held their concert at the same venue, and SHINee will be the first Asian singers who will perform at the Abbey Road Studio. SHINee's debut single in Japan, "Replay", will be released on June 22.