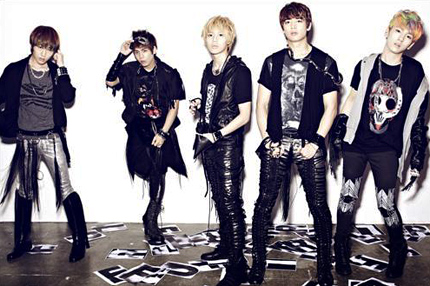 During the gala concert, SHINee will present their hit songs and have an interview session. SM said, "It is unprecedented for Korean artists to hold a solo concert in London, and SHINee will be the first idol group to hold their solo concert there. In addition, the concert is predicted to catch the eyes of many people in London as the Odeon West End Theater is one of the famous performance venues in London". The Korean Cultural Centre UK expressed their anticipation, saying, "Since SHINee has been gaining great popularity from local fans in London, the London Korean Film Festival will be a chance to improve the awareness of Korean pop culture among British people in a wider range of age groups".

SHINee performed at the Abbey Road Studio, which is well known as The Beatles' Studio, in London last June as the first Asian artists, and their appearance in the SM Town Live in Paris also received an explosive response from local fans in Europe. SHINee is one of the leading artists who has been spearheading the popularity of K-Pop in Europe.