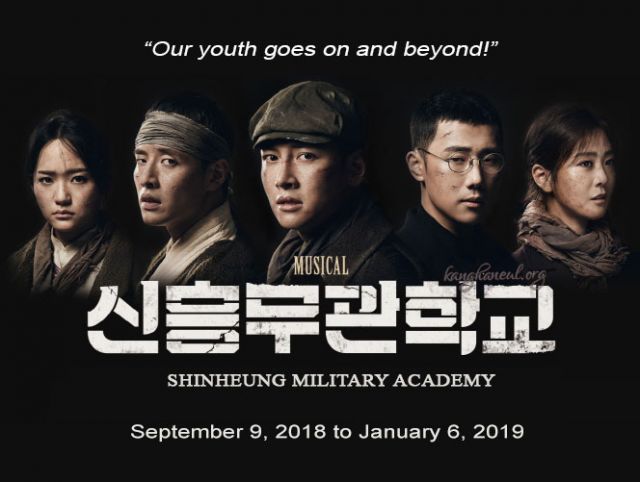 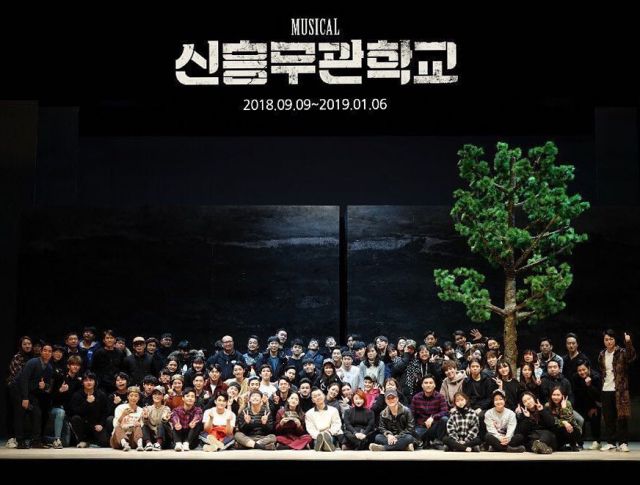 Set in the early 1900s when Korea was under Japanese occupation, Shinheung Military Academy is an unforgettable and touching tale about patriotism, loyalty, and friendship among the youth who willingly gave up their lives to regain their country's independence and make a new world governed by the common people, regardless of social standing.

The musical boasts of a solid story by playwright Lee Hee-jun, magnificent music by composer Park Jung-ah, excellent direction by Kim Dong-yeon and a brilliant casting lineup led by actors Kang Ha-neul and Ji Chang-wook, Infinite member Kim Sung-kyu and theater performers Oh Jin-young, Lee Jeong-yeol, Im Chang-min and Lee Tae-eun. Most of the cast members are soldiers who are currently serving in the army.

Shinheung Military Academy commemorates the 70th anniversary of the founding of the Korean armed forces in 1948. It was produced by ShowNote in cooperation with the Republic of Korea Army.

"Shinheung Military Academy Finally Completes Its Run"
by HanCinema is licensed under a Creative Commons Attribution-Share Alike 3.0 Unported License.
Based on a work from this source