Shinhwa may release new album by fall of 2012 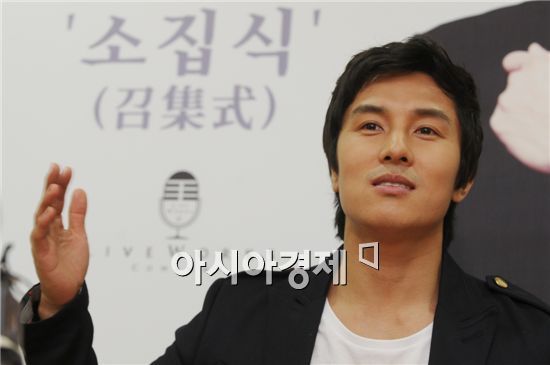 Male band Shinhwa member Kim Dong-wan has said his group may release a new album by fall of the year 2012.

The 31-year-old singer made the remark Thursday at a press conference held ahead of his first fan meeting since being discharged from the military on December 7.

Kim, a vocalist of the six-member group, had served as a public service worker in Seoul since December 2008 as part of fulfilling his two-year mandatory military duties required of all Korean men.

"I personally think the album should come out before the fall of 2012 since everyone else will be done serving their military duties by early 2012 and we'll start working on the album straight away", Kim explained. Shinhwa last released an album in 2008.

He added, "It's not just me. Everyone of us want to perform on stage again as Shinhwa and I think it'll be fun although not easy to work on the album".

At the meet-and-greet, attended by some 1,000 fans from both Korea and overseas, Kim sang for his fans while talking with them about his past activities including both his group and solo singing career, as well as his experience in acting.

He told fans he would make a comeback to the local music scene in January after pursuing his singing career in Japan for about two weeks with the release of his solo album "Kim Dong-wan Japan Premium Best" on December 15.

He is also set to sign with agency Live Works Company, who is in charge of managing fellow Shinhwa member Shin Hye-sung and songstress Sunmin.

After making his debut through Shinhwa in 1998, Kim branched out to other aspects of the entertainment business, appearing in several dramas including "A Farewell to Sorrow" (KBS, 2005) and "My Dearest Love" (SBS, 2007) and movie "Spin Kick" (2004).

"Shinhwa may release new album by fall of 2012"
by HanCinema is licensed under a Creative Commons Attribution-Share Alike 3.0 Unported License.
Based on a work from this source