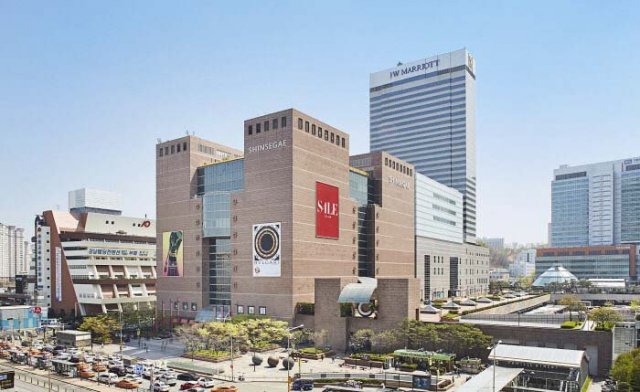 The surge in sales is attributed mostly to its expansion strategy. Shinsegae added six floors to its five-story outlet in 2016, expanding business space by 55.9 percent to 86,500 sq.m, the largest for a mall in Seoul.

Sales have since increased by more than W700 billion from W1.3 trillion in 2015.

Only a few department stores around the world rake in over W2 trillion in sales, such as Isetan Department Store in Tokyo (W2.79 trillion), Galeries Lafayette in Paris (W2.73 trillion), and Harrods in London (W2.55 trillion).

Malls are trying to maximize sales through massive expansion and renewal projects. The main branch of Lotte Department Store in central Seoul, which generated W1.8 trillion in sales last year, has been under renovation since 2018.

Hyundai Department Store will open a mega branch in Yeouido, Seoul early next year, which will be the largest department store in the metropolitan area.