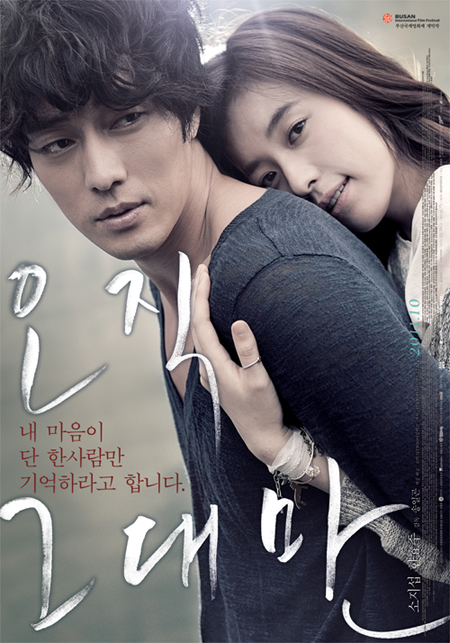 The film tells the fatal story of a former boxer and a blind girl who fall in love. It stars heartthrob So Ji-sub, who has built a fan-base in Asia after the hit TV series "Sorry, I Love You" and Jang Hoon's debut feature "Rough Cut". Opposite him stars Han Hyo-joo who swept up drama awards last year for her performance in the TV series "Dong Yi".

The film is the sixth and most recent feature from director Song Il-gon, who made his feature debut with "Flower Island", a film which premiered in the Venice film festival and won the New Currents prize at Busan ten years ago.

"Always" is scheduled to be released on Oct. 20 in Korea.

At BIFF, Showbox is also screening Korean War drama "The Front Line", which has been selected as the South Korean submission to the upcoming Academy Awards' Best Foreign Language Film Category nominations.

Showbox has recently added to its international sales slate another So Ji-sub action film "A Company Man" and "Nameless Gangster" (working title) which is directed by Yoon Jong-bin ("The Moonlight of Seoul"), starring Choi Min-sik ("I Saw the Devil") and Ha Jung-woo.

"Showbox sells Busan opening film Always to Japan"
by HanCinema is licensed under a Creative Commons Attribution-Share Alike 3.0 Unported License.
Based on a work from this source