"Signal" and "Prison Playbook" to Come Back as Multi-Season Dramas 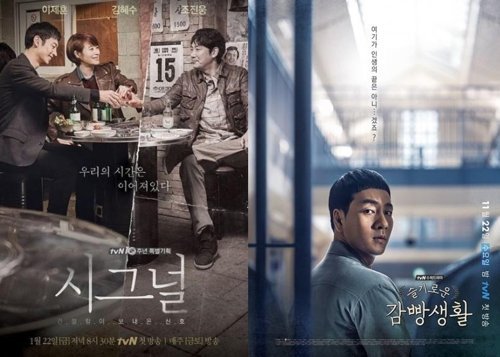 Well-made dramas are still in high demand even after a long time.

PD Kim Won-seok and writer Kim Eun-hee-I's tvN drama "Signal", which made everyone listen carefully to the sound of the radio in 2016, and PD Sin Won-ho's "Prison Playbook" are still counted as masterpieces.

With the recent discussion over the production of the two works in full swing, fans' anticipation seems to be growing more and more.

In particular, "Signal", which ended with Park Hae-yeong (Lee Je-hoon) and Cha Soo-hyeon (Kim Hye-soo) driving up a curved mountain to meet the present time Lee Jae-han (Cho Jin-woong) in the last season, is discussing making season 2 with the original writer and cast.

Kim Eun-hee-I is apparently working on the second season starring the original trio of Lee Je-hoon, Kim Hye-soo and Cho Jin-woong with the aim of making it happen in the second quarter of next or the second half of next year at the latest. Kim had previously expressed her commitment to "Signal 2" in various official appearances.

Although the joining of PD Kim Won-seok has yet to be made clear, the industry looks positively at this, as Kim has established his position as a star PD through "Signal".

Before "Signal 2", it is likely that "Prison Playbook 2" will come out first.

TvN has yet to make its compilation official, but broadcasters predict that "Hospital Playlist", Sin Won-ho's latest and the spiritual successor to "Prison Playbook", will be out this fall at the earliest.

If "Prison Playbook" in 2017 looked at the diverse characters in a prison, "Hospital Playlist" is all about doctors, nurses and patients against the backdrop of a hospital. On top of that, we can expect twists and unique humor.

PD Sin Won-ho and writer Lee Woo-jeong-I, who moved from the entertainment industry to the drama scene and shook it to its core, will once again join forces.

Jo Jung-suk, Yoo Yeon-seok and Jung Kyung-ho are being mentioned for headliners. Will PD Sin Won-ho be able to create new stars like Lee Kyu-hyung and Park Ho-san? 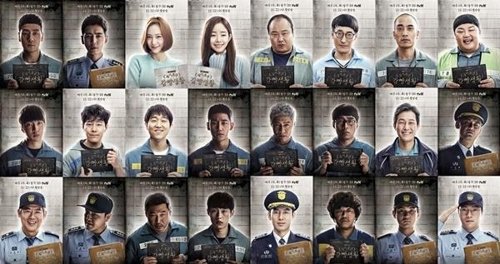 As such, whether or not a season-based drama will be successful will ultimatelly be based on the production crew and cast. Experts say, however, that actors and actresses are also taking a proactive attitude toward multi-season dramas.

"As people began to recognize dramas as something with a movie-like vibe, actors became much more open about them", said Jung Deok-hyeon, a pop culture critic, in a telephone interview with Yonhap News Agency on Wednesday. "In the case of "Signal", the main actors were mostly from films, and the fact that they are using the same cast means they are taking a cinematic approach to the series".

Regardless of whether it's successful or not, the dramas that are made in seasons are all genre dramas, including "Queen of Mystery", "Investigation Partners", "Neighborhood Lawyer Jo Deul-ho", "Voice" and "Save Me".

"Korea has also become a favorable environment for the production of the season system, as it has done many genre dramas", said Jung. "It's better for genre dramas with their certain culture and characters to continue through the seasons than melodramas", he said.

""Signal" and "Prison Playbook" to Come Back as Multi-Season Dramas"
by HanCinema is licensed under a Creative Commons Attribution-Share Alike 3.0 Unported License.
Based on a work from this source