"Signal" and "Secret Forest" coming back with second seasons 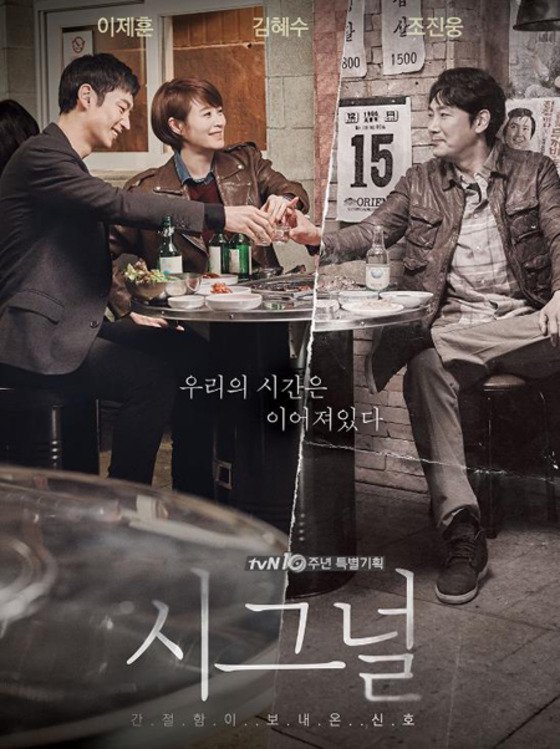 Popular dramas "Signal" and "Secret Forest" are coming back.

Studio Dragon told News 1 that "Signal 2" and "Secret Forest 2" are in the planning stages and the organization and casting hasn't yet begun yet.

Drama fans are thrilled. Both these dramas have a firm fan base as the stories are solid and both had open endings.

"Signal", which ended last year, is about a three investigators connected through time via walkie talkie and who solve unsolved cases together. Their efforts changed the past and future. In the final episode of season 1, Park Hae-yeong (Lee Je-hoon) and Cha Soo-hyeon (Kim Hye-soo) saved Lee Jae-han (Cho Jin-woong) and their reunion made a strong impression at the end of the drama.

The "Signal 2" is expected to revolve around them and what happens after. Will Lee Je-hoon, Kim Hye-soo, and Cho Jin-woong work together again?

"Secret Forest" was a straightforward drama about a lonely prosecutor named Hwang Si-mok and Lee Chang-joon, who would do anything for his wife. The three-dimensional characters interacted well and created interesting episodes. The drama was movie-like and engaging.

Will the two classic dramas hit it big with their second seasons?

""Signal" and "Secret Forest" coming back with second seasons"
by HanCinema is licensed under a Creative Commons Attribution-Share Alike 3.0 Unported License.
Based on a work from this source