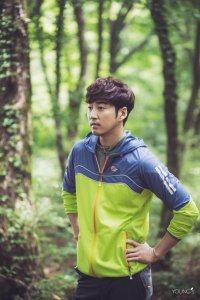 Sidus HQ says singer and actor Yoon Kye-sang will publish a travel book with photos of his upcoming trip to Turkey at the end of the month. To prepare for the book's release, Yoon began studying photography six months ago from a professional photographer. During his upcoming travels in Turkey, Yoon plans to visit renowned destinations including Capadoccia and Antalya. The theme of his book will be "adventures in the city's back alleys" and "relaxation in nature".

Yoon plans to invite one other person to join him on his trip. Interested persons can apply to be the lucky winner of a random draw at Open the link. The winner will receive round trip tickets to Turkey with free accommodations, as well as a camera.

Meanwhile, Yoon was recently cast in a new MBC drama series entitled "Triple" as an advertisement director. The drama will be directed by MBC program director Lee Yoon-jeong, who also directed the 2007 hit drama series "Coffee Prince". "Triple" will begin airing in May.