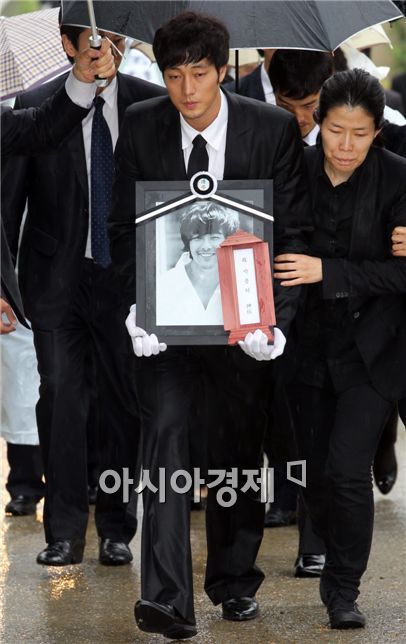 Singer and actor Park Yong-ha has been laid to rest at a private funeral attended by close family and friends.

The remains of the late star, who was cremated around noon on Friday, arrived at Bundang Memorial Park in Gyeonggi Province located south of Korea's capital of Seoul.

Actor So Ji-sub, carrying Park's portrait in his hands, led a procession of family and friends toward the burial site where song "STARS", from Park's last album, was being played in the background for the Buddhist ceremony.

Park's parents were not present for the service however -- Park's father, diagnosed with late-stage stomach cancer and his mother, who had previously lost consciousness over the shock of losing her son, had attended Park's coffin rites yesterday in wheelchairs.

Among the mourners were many of Park's celebrity friends including Park Hyo-shin, Kim Won-joon, Kim Hyun-joo, Kim Min-jung and Kim Moo-yul.

Actress Park Si-yeon, who had starred in Park Hyo-shin's music video with the late Park, sobbed out loud crouched down, unable to contain the grief of losing her close friend.

Ryu Si-won, who arrived at the cemetery just as the service was wrapping up, also shed tears as he bid farewell to Park whom he had described as being "like a younger brother".

Ryoo had been set to stay in Japan till next week to take part in concerts and racing competitions but he pushed back the events and flew into Korea today morning.

"We trust that Park Yong-ha will always shine by our side... We will no longer be able to see him but we promise we will always stand by you and love you for a long time", an official at Park's agency said.

So Ji-sub was present throughout the three-day wake service and up until the burial ceremony, often seen sobbing over the sudden and unexpected loss of his best friend.

Best known for his role in Asia as Sang-hyuk in the smash hit TV series "Winter Sonata" (KBS2, 2002), Park had led an active acting career in Korea since his debut in 2004, last starring in drama "The Slingshot" and film "The Scam" last year.

He had also branched out to singing, which was particularly successful in Japan. He won an award at Japan's Golden Disk Award for four years straight starting in 2005, making him the first Korean to win and award at the event and the first to win four times in a row.

His music career in Japan continued to flourish even after he set up his own agency YONA Entertainment in 2008 -- his fifth full-length album "STARS" released in June this year reached No. 16 on the prestigious Oricon weekly chart.

He had kicked off a three-month long 16-city tour on June 19 to promote "STARS" when during a brief visit to Korea to check up on his ailing father, Park committed suicide by hanging himself from the cord of his camcorder charger early on Wednesday. His mother found him dead in his apartment around 5:30 a.m.

Sources close to Park said he recently had been having a very hard time juggling his career, his company and family problems.

Although many suspected that Park had been suffering from depression and severe stress, local police ruled his death as "a suicide taken on impulse" after drinking the previous night and claimed there were no emotional or financial issues involved. 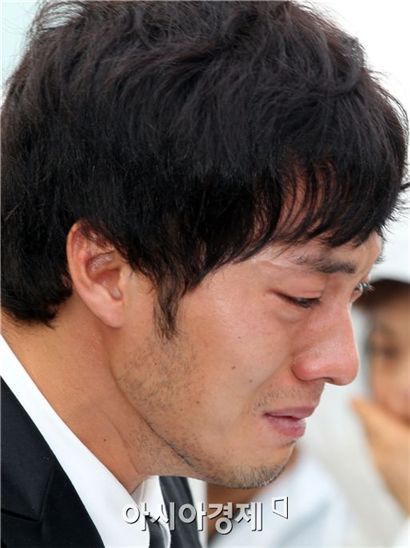 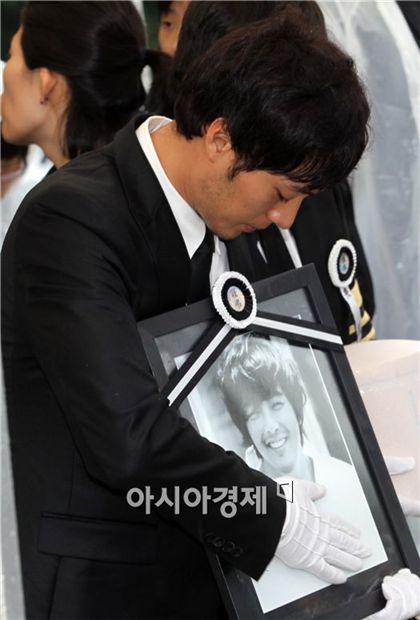 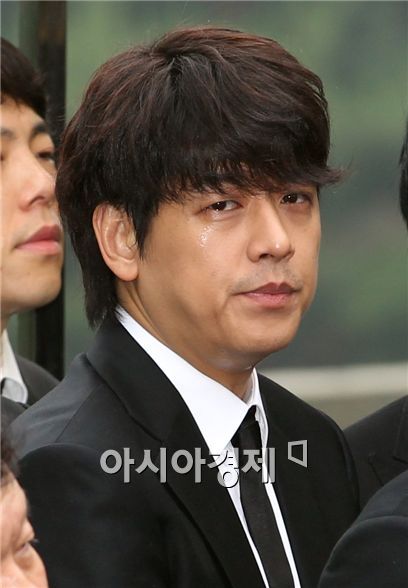