Singer-Artist Cleared of Fraud for Farming out Paintings 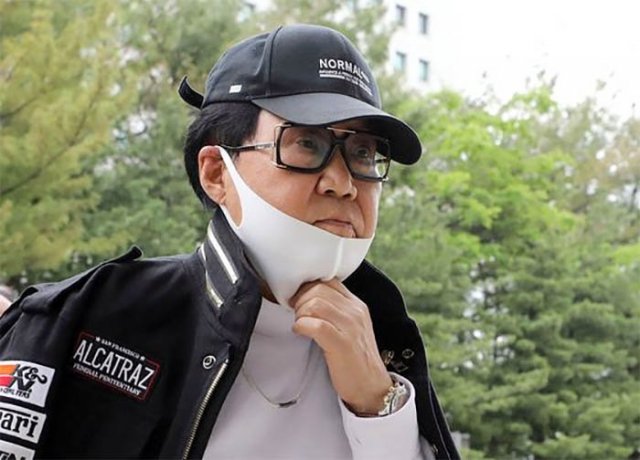 Cho Young-nam arrives at the Supreme Court in Seoul to attend a hearing on May 28, 2020. /Yonhap

The Supreme Court on Thursday found singer-artist Cho Young-nam innocent of fraud for farming out his paintings to several professionals and selling them as his own.

The deception came to light when one of his ghost painters revealed that he and another professional artist had painted 200-300 pictures for the singer. A lower court found Cho guilty of fraud, but a higher court cleared him, saying the paintings were based on Cho's ideas. The Supreme Court sided with the higher court's ruling and said it was "not advisable" to punish the practice of receiving the help of assistants, which is "customary" in the art world.

Artists since the European Renaissance have worked with a stable of assistants who worked on certain sections of paintings, and Andy Warhol famously did almost none of his work himself. Salvador Dali, however, remains controversial for habitually signing blank sheets of paper for an assistant to daub on.

Cho told reporters, "I became very resentful because I felt that I was unfairly labeled a fraudster, but society has been good to me, which offers me solace".

Cho added the ruling "inspires a deep sense of duty to a singer who paints so-so pictures to do a better job". But asked about accusations that he is not a genuine painter, Cho said, "There are no rules when it comes to art and that's what appeals to me".

He added he plans to publish a book that answers questions about modern art in July and hold further exhibitions.

The response in the Korean art world was mixed. Art critic Chin Jung-kwon said, "Many experts surprisingly sided with the prosecution, and this shows the sordid underbelly of so-called experts in Korea".

But Prof. Chun Young-paik at Hongik University said, "I am concerned that the latest ruling may lead to the misconception that modern art is an unprofessional field where anyone can become famous without much effort".

"Singer-Artist Cleared of Fraud for Farming out Paintings"
by HanCinema is licensed under a Creative Commons Attribution-Share Alike 3.0 Unported License.
Based on a work from this source