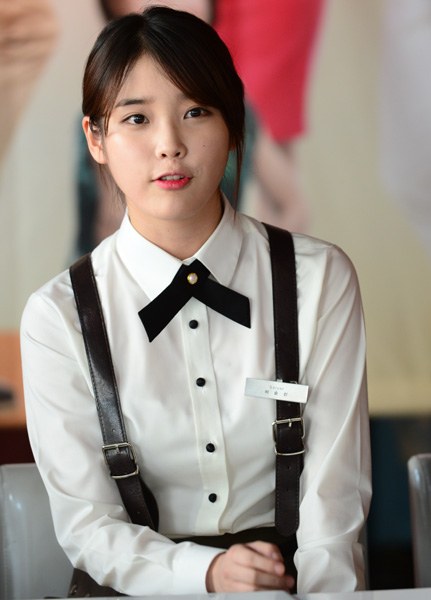 IU is finally seeing some light after pushing back the date of her album to concentrate on her drama.

"Lee Soon-sin is the Best" has been walking on the spot with a boring layout of the drama in the past few weeks. It has always been compared with the previous dramas, "My Daughter Seo-yeong" and "My Husband Got a Family" which stepped over 30% by the tenth episodes.

IU and Cho Jung-seok's recent love line has been heating up and the viewing percentage started crawling up. The hostility IU had with her mother Lee Mi-sook is coming to amends and it might have something to do with the increase. This is all thanks to IU's concentration and choice. She had postponed her singing in July so that she could concentrate more on the drama. She decided this herself so that she didn't lose one or the other by being greedy.

Initially, it was promised that she would work both on her acting and album at the start of her drama but IU wished to be successful in the drama by putting her music career on hold for a while.

A crew member says, "She went through a lot throughout this drama. However, she's never been let down and always did her best so we are all thankful to her".

With just ten more episodes to go, IU has started to find happiness, leaving behind all the tears she cried in the earlier episodes.

"Singer IU's determination"
by HanCinema is licensed under a Creative Commons Attribution-Share Alike 3.0 Unported License.
Based on a work from this source