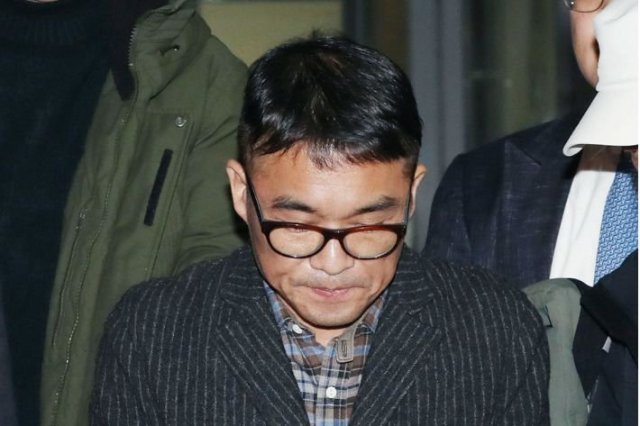 Singer Kim Gun-mo faces indictment for rape after police handed his case over to prosecutors on Wednesday.

Kim is accused of raping a woman in a hostess bar in August 2016. Police said that a four-month investigation suggests Kim is guilty, citing the consistency of the victim's accounts.

The allegation first arose when a video accusing Kim of rape was posted on YouTube in December last year. Three days later, the victim filed a complaint.

Kim denied the charge and immediately sued the alleged victim for defamation. In January, Kim was summoned by police and questioned for nearly 12 hours. He then said, "I hope the truth will be revealed as soon as possible" and issued a formulaic apology for "causing public concern".

A police spokesman said, "Now that the rape case is wrapped up we will start looking into the defamation case and probably summon Kim again for questioning".

Kim was supposed to get married early this year, but just a few weeks before the rape allegation emerged he abruptly postponed the wedding to May. Kim said the postponement has nothing to do with the allegation and he already registered his marriage with his fiancée. They reportedly live together.

"Singer Kim Gun-mo Faces Rape Indictment"
by HanCinema is licensed under a Creative Commons Attribution-Share Alike 3.0 Unported License.
Based on a work from this source