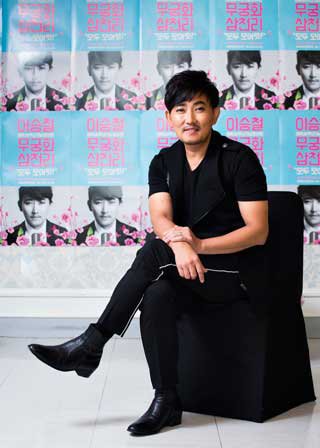 Singer Lee Seung-chul has been on nationwide tours to celebrate the 30th anniversary of his singing career.

"I feel now that I've come to know about music to some degree, and hope to sing more comfortably without having the pressure to release many new songs for fans", Lee said in a press event on Monday.

Lee, who has been holding about 30 concerts every year, made his debut with rock band Boohwal in 1986. He rose to fame after releasing his first solo album in 1989. Since then, he has released about 50 albums.

He plans to hold concerts until late this year.

Some of the proceeds from the concerts will be used to build a school in Africa, which he has been working on since 2010.