Singer Rain to sing at finale for Guangzhou Asian Games 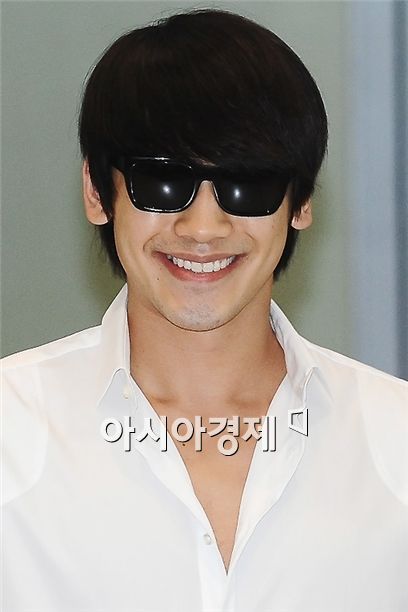 Popular Korean singer and actor Rain will perform at the closing ceremony of the 2010 16th Guangzhou Asian Games in China on Saturday.

Rain's agency J.Tune Entertainment said on Friday that Rain will fly to China early tomorrow morning to take part in the event where he will sing three of his hit songs.

This is the second time Rain has been invited to perform at a global sports events held China -- he last performed at the closing ceremony for the 2008 Beijing Olympics.

Rain is already a well-known figure in China for both his many songs and dramas, notably for his role in KBS drama "Full House" (2004). He has also appeared in two Hollywood movies: "Speed Racer" (2008) and "Ninja Assassin" (2009).

This is also the third time for the organizing committee of Guangzhou Asiad to invite a Korean celebrity to join in the Asiad: singer and actor Kim Hyun-joong sang at the opening ceremony and singer Kangta was a torch bearer for the games.

The next Asian Games will be held in the city of Incheon in South Korea in 2014.

"Singer Rain to sing at finale for Guangzhou Asian Games "
by HanCinema is licensed under a Creative Commons Attribution-Share Alike 3.0 Unported License.
Based on a work from this source