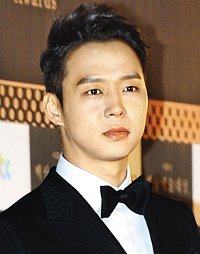 The Seoul Central District Court on Tuesday sentenced a woman to two years in jail for falsely accusing Park Yoo-chun of boy band JYJ of raping her last year.

The woman's boyfriend and a gangster of their acquaintance were sentenced to 1.5 years and 2.5 years for trying to extort money from Park by threatening to go public with the accusations.

The woman, surnamed Lee, claimed that Park raped her in the bathroom of a hostess bar in Gangnam where she worked. Later Lee, her boyfriend and the gangster demanded W500 million to silence them (US$1=W1,171).

But Park refused and Lee filed charges, only to drop them a few days later. When she was indicted on charges of making false accusations and blackmail, she filed rape charges again. Park has maintained that the sex was consensual.

The court accepted that Lee lied because the toilet door could be opened from inside and she was seen dancing with Park's entourage after coming out of the bathroom.

"Park was framed as a sex offender and suffered a fatal blow to his image, leading to uncertainties about the future of his entertainment career", the court said.

"Singer's False Rape Accuser Jailed for 2 Years"
by HanCinema is licensed under a Creative Commons Attribution-Share Alike 3.0 Unported License.
Based on a work from this source