Singer Tei & The Handsome People To Make Comeback In July 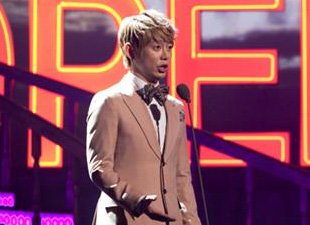 Singer Tei's rock band, Handsome People, will be making a July comeback after 1 year and 2 months.

The last release was the band's second single "Crazy" in April of last year. According to their agency Fluxus Entertainment on June 12th, Tei and the fellow members of Handsome People will drop a new album this July.

Handsome people has an acid band sound, having started as the brain child of Tei who serves as the vocalist and Choi Young-ho, who is the keyboardist and producer.

This album will have over 10 supporting tracks. The band members have composed, penned the lyrics, and produced the songs themselves. Fluxus describes the new sound as electronic spiced up with some rock.

The group will also have a new guitarist member, Uhm Joo-hyuk. Um was a member of the band Siberian Husky from 1999 to 2002 off of KBS 2TV's "Top Band" program.