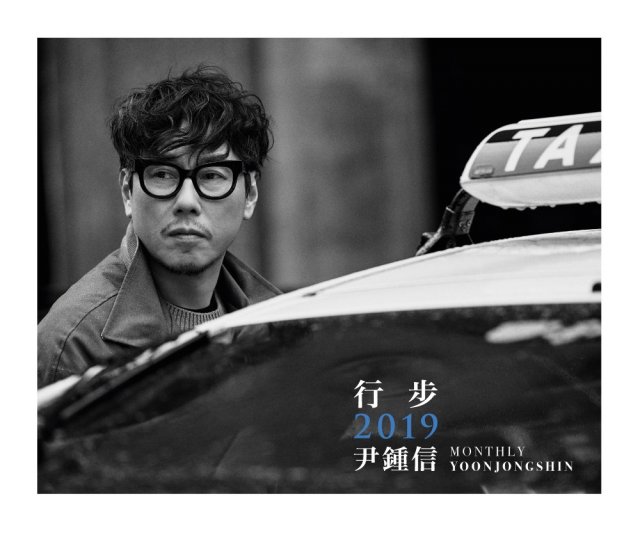 It is his first since he quit all of the TV programs he appeared in and left Korea to embark on a yearlong journey overseas in September last year.

Explaining his sudden departure from the routine of his life, Yoon said at the time that he wanted some time off to reflect on his career as a singer, while exploring the unknown in a self-christened "nomad project".

The prolific singer-songwriter has released a new single every month since 2010 as part of a separate personal project. With the compilation of those monthly singles coming out each year, the latest album is the 10th of its kind.

The new album may offer some insights into why Yoon, who is a father of three kids -- and just entering what could be called the "over the hill" phase of his life -- made the decision to go on the nomadic journey.

It consists of two CDs -- one with 15 songs that he released last year and one with live tracks from a concert in 2018.

Fans will have to wait for some time yet before Yoon returns to Korea, as he travels around the world over the course of a year, devoting his time solely to music and creating songs in new surroundings.

"Singer Yoon Jong-shin Releases Album During His Nomadic Journey"
by HanCinema is licensed under a Creative Commons Attribution-Share Alike 3.0 Unported License.
Based on a work from this source