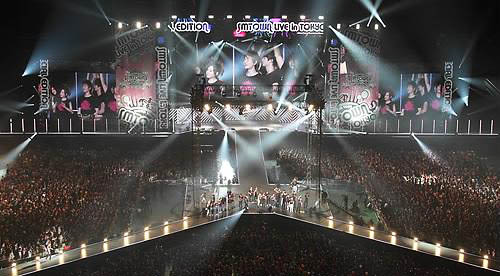 SM presented its growth by successfully attracting 150,000 audience members for their concert at the Tokyo Dome.

Kim Young Min, a representative for SM, came to a restaurant located in Tokyo, Japan on September 3 for an interview and said with confidence, "Our employees working at SM Entertainment (hereafter referred to as SM) are very much encouraged by the concert at the Tokyo Dome". He seemed to be very proud of the fact that their efforts for the past ten years since their first entrance into the Japanese music industry have come to fruition. Singing groups belonging to SM such as BoA, Dong Bang Shin Ki, Super Junior, and Girls Generation held the concert entitled "SM Town Live World Tour – Tokyo Special Edition" at the Tokyo Dome from September 2 to 4, and a total of 150,000 tickets for the concert were all sold out. The ticket sale tally was the largest among Korean singing groups who held concerts in Japan. But they have endeavored for ten years to make this significant achievement. Beginning with BoA, who debuted in Japan in 2001 when K-Pop was not popular at all in Japan, SM successfully made the debut of their singing groups such as Dong Bang Shin Ki, SHINee, and Girls Generation in Japan. BoA became the icon of the first Korean singer who successfully debuted overseas, and Dong Bang Shin Ki proved the possibility of Korean idol groups becoming popular in the Japanese music industry and established a foothold in Japan for other idol groups. Look at SM's various strategies for advancing into the Japanese music industry and how it has been changed, and look at the background of their success. 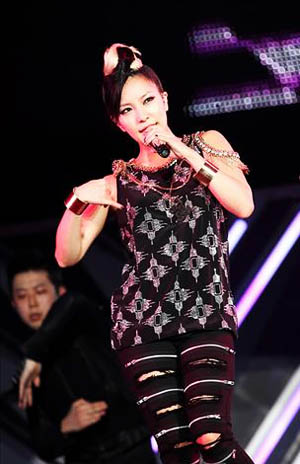 From "Debut in local" to "Advance abroad" = SM began advancing into Japan from 1998 with the singing group SES, but BoA was the first singer who debuted in Japan based on the strategy to advance abroad. They adopted a localization strategy for BoA's debut by working together with major Japanese music distributing company Avex.

BoA stayed in Japan for many years, studied the Japanese language, and published songs that were produced by Japanese producers in Japanese. She released thirty single albums, seven official albums, and two best-of albums for the past ten years, and she made a great achievement in the Japanese music industry by ranking atop the Oricon chart seven times, a first for a foreign singer. Dong Bang Shin Ki, who debuted in 2005 following BoA, used the same strategy. Dong Bang Shin Ki released a total of thirty two single albums, four official albums, and one best album, and they have ranked atop the Oricon single weekly chart nine times, a first for a foreign singing group. Dong Bang Shin Ki has become a hot topic of conversation for the finale of their concert entitled "A-nation", in which singing groups belonging to Avex appeared together, by beating out the top star Japanese singer Ayumi Hamasaki. 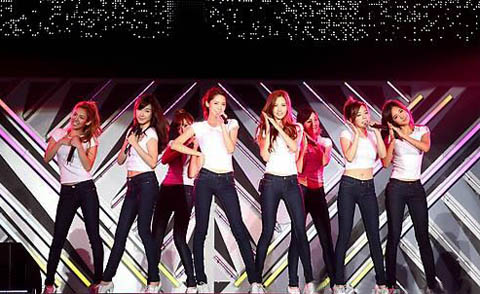 But SM changed their strategy from "localization" to "advance abroad with Korean content" from the time when Girls Generation debuted in Japan. Kim Young Min said, "BoA adopted the localization strategy but the strategy has been changed since Girls Generation's debut. BoA debuted in Japan in exactly the same way as the other Japanese singing groups do, so it was more like a real 'debut', but now many Korean singing groups such as Kara is holding activities in Japan with their own content in Korea, so it is more like 'advancing abroad'." Girls Generation had acquired many fans in Japan even before they began activities in Japan through YouTube and Facebook, so they held a large-scale showcase last year in August with 22,000 audience members, and they officially began activities with their Korean hit song "GENIE" in Japan from September. Girls Generation's first official album in Japan sold as many as 500,000 copies, a first for Korean girl groups, and the record was the largest among foreign singers in Japan. This achievement was made in less than one year since their debut in Japan. 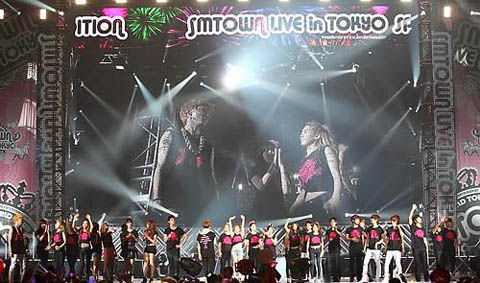 Various singing groups = SM has tried to diversify the lineup of singing groups to keep up the popularity of K-Pop in Japan, and it has established partnerships with Japanese music distributing companies such as Avex, Universal Music Japan, and EMI Japan. SHINee signed a contract with EMI Japan and held a concert at Abbey Road Studio in London last June to commemorate their debut in Japan, and the girl group f(x) has plans to advance to Japan in the beginning of next year. In addition, Super Junior released a Japanese version of their hit song "Bonamana" for their first single in Japan, and the single ranked at second place on the Oricon single weekly chart by selling 100,000 copies without any promotional activities. The representative of SM said, "Thanks to BoA and Dong Bang Shin Ki, who had established the groundwork in Japan, other idol groups like SHINee and f(x) could easily advance into the Japanese music industry. The lineup of SM singing groups has become more diversified and advancing into Japan is becoming easier and stabilized. Dong Bang Shin Ki opened the door to become the top star singers in Japan, and we have a goal to produce the number one content in Japan. I predict that business in Japan holds great promise for next year".

Power of content that attracted 150,000 audience members = The tireless efforts of SM have finally borne fruit by enabling the holding of a concert at the Tokyo Dome that SM singing groups call the "dream stage". Many people formed a long line around the Tokyo Dome for three days to see Dong Bang Shin Ki, Super Junior, and Girls Generation. Around 600,000 people gathered to buy the tickets for the concert valued as high as 12,800 yen (179,000 Korean won), and one more concert was eventually added to the original plan of holding two concerts. A news reporter for K-Pop Magazine said at the Tokyo Dome on September 4, "SM has built up trust about their own brand by constantly releasing attractive content such as Dong Bang Shin Ki and Girls Generation in Japan, and they have come to have brand power like the joint concert entitled "Countdown" that is held every year at Tokyo Dome with singing groups belonging to the Japanese agency Jannis". Kim also picked the best quality content for their secret of success in Japan. There is no certain style of music in Japan that we call 'SMP' (SM Music Performance) for SM's music and performance. When we combine our music and performance together, we can have strong power to imprint our singers to people. We will utilize this 'SM Town concert' to introduce our new content and the concert will be upgraded as a form of a concert for individual singing groups. Holding the 'SM Town Concert' itself is not our ultimate goal".