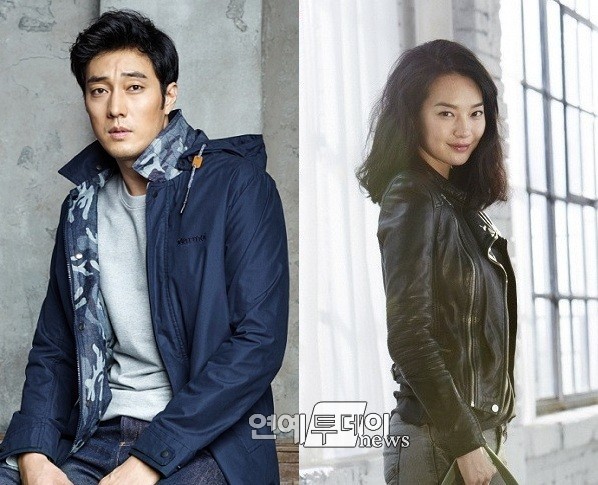 The KBS' new Monday & Tuesday drama, "Oh My Venus", a highly anticipated drama for starring the fabulous pair, So Ji-sub and Shin Min-ah has confirmed its title as the current one.

The title of this drama to air after 'Cheeky Go Go' has finished was known as 'Oh My Venus' previously. As they have made the final decision on the current title, the drama is now slated to begin on November 16th.

A man, who is an internationally famous personal trainer, and a woman, a lawyer who used to be popular as ulzzang and gained so much weight afterwards, meet and work together for the makeover challenge through diet. The drama tells the story of the healing process that the two go through and fall in love with each other not only for the appearance but also for the inner beauty.

So Ji-sub and Shin Min-ah, who are regarded as highly trusted labels for rom-com and met as a pair for the first time in this drama, are drawing extreme attention for the incredibly perfect chemistry they will present together.

So Ji-sub plays Kim Yeong-ho a super attractive personal trainer with a veiled identity, who works for Hollywood stars. Shin Min-ah plays Kang Joo-eun, a lawyer who went through an adverse change from her glorious ulzzang status to the current 'Not so beautiful' status. The drama will depict their love story and the process of diet realistically and cheerfully.

The collaborative work by producer Kim Hyoung-seok, well-known for 'My Husband Got a Family', and rookie writer Kim Eun-ji, whose ability has been proved through 'Drama Special - Why I'm Getting Married', and the sweet synergy by So Ji-sub and Shin Min-ah are anticipated to deliver the heart-pounding romance to the viewers every Monday and Tuesday nights.

"So Ji-sub and Shin Min-ah's 'Oh My Venus' begins on November 16th"
by HanCinema is licensed under a Creative Commons Attribution-Share Alike 3.0 Unported License.
Based on a work from this source