So Ji-sub, in an audition 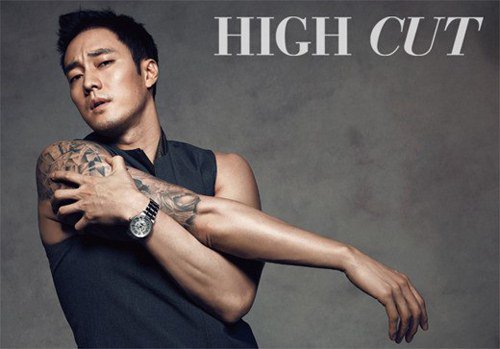 Actor So Ji-sub mentioned Yoo Seung-ho and his next piece of work.

So Ji-sub interviewed with the star style magazine High Cut.

Pictures of the actor taken by High Cut revealed his muscular arms in a sleeveless shirt.

He said, "If there was something I could start acting in right away, I would. I don't think there will be anything for the summer but maybe in the fall or early winter I'll be out with something. I wish people my age would get together for a piece of work. I don't mind being the main or supporting actor. I just want to work like that".

So Ji-sub was asked if he thought about being in a singing audition program and he said, "I will fail 100%. I have no courage or guts to do something like that and most importantly, I have no talent".

About 'little So Ji-sub' Yoo Seung-ho, So Ji-sub said, "He came to see me at work when he was on vacation. He seemed to have become a man. I wonder what he'd be like after military is over".

Finally, about Jeong Hyeong-don's fashion sense, he said, "He's not as good as I am. I want him to diss me again".

"So Ji-sub, in an audition"
by HanCinema is licensed under a Creative Commons Attribution-Share Alike 3.0 Unported License.
Based on a work from this source