So Ji-sub Is Optimistic - but Only Just 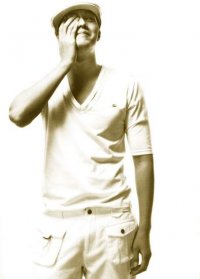 How would So Ji-sub rate his acting? "Fifty-one out of 100". It is not the first time that the 32-year old has mentioned the score. He already said he would give himself 51 points when he was shooting KBS drama "I'm Sorry, I Love You", which made him a top star in 2004. The score means his acting gives him a little more satisfaction than dissatisfaction. And after coming back from four years of absence due to his military service, that's how he still rates himself.

In an interview with the Chosun Ilbo, So explains, "I still give myself 51 points because I feel like starting all over again". Though his words seem modest, the number 51 might be the highest praise he could give himself.

His confidence is well reflected in his new movie "Rough Cut", which was released last Friday. He plays Lee Kang-pae, a gangster who aspires to becoming an actor, and captivates the audience, especially women, by touching on their maternal instincts with his lonesome masculinity. Because it was a relatively low-budget movie with W1.5 billion (US$1=W1,160) of production cost, he could not hope to get the money he usually earns. Instead he decided to forgo his fee and invest in the movie himself, becoming one of the producers. It is his first starring role since "Can't Live without Robbery" in 2002, and unlike his somewhat vain efforts in his debut film, his work in "Rough Cut" has been well received by the preview audiences and critics.

Now everyone can tell he is a star, but So used to be labeled as B-list for a very long time. He debuted as a model for jeans brand Storm in 1995 with Song Seung-heon. But whereas Song quickly rose to stardom, So did not have a quick start and was constantly compared to Song. Because of is small eyes, he often had argument with his manager who insisted that he get them fixed.

He began to show his potential to become a true actor in "Something Happened in Bali" (2004), but was again overshadowed by co-star Jo In-sung. At the time, So said he thought he would end up being a supporting actor, sometimes making TV appearances in daily soap operas.

There are actors and actresses who say they want to act until the day they die. Compared to such determined and committed people, So seems somewhat detached. "I really like acting and I started to have fun in the work, but I never thought I would stay in the field for a long time. I might do some other things after I get married", he said.

That does not mean that he plans to get married anytime soon. "I happen to have so many people around me who got divorced. I had a hard life when I was young, and so I can't really picture myself in a happy life", he says. He added that the melancholy look on his face comes from his gloomy childhood. He lived with a single mother in a shabby room on monthly rent and became his family's breadwinner at an early age.

How much does he expect from the new movie? "I would be happy if the film draws 1 million viewers. I've seen really close friends (Song and kwon Sang-woo) shooting films, and it really is a daunting task to get over 1 million.