So Ji-sub makes a special appearance in 'The Throne' 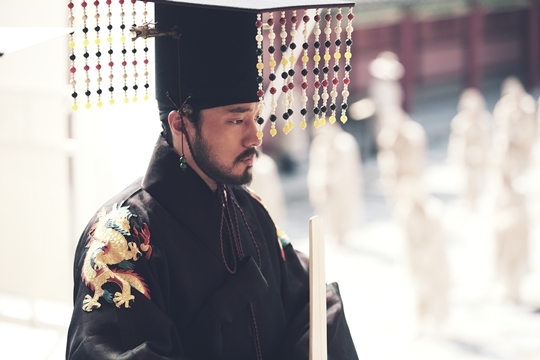 So Ji-sub will make a special appearance in the highly anticipated movie "The Throne" co-starring Song Kang-ho and Yoo Ah-in.

On September 2nd, an associate from the movie "The Throne", in which tells the tragic story of King Yeongjo and Crown Prince Sado, has said actor So Ji-sub will make a special appearance in the movie.

So Ji-sub will play the role as King Jeongjo, who bears the sorrow and agony since he witnessed his father's death when he was a young Crown Prince.

It has been known that So Ji-sub will appear in the movie for no compensation.

So Ji-sub said, "I thought the role was important regardless the portion in the movie" and "I made the decision because I liked the scenario. But I had to think again several times as to whether I'd be able to do it well or not".

Director Lee Joon-ik said, "King Jeongjo appears only in three scenes. However, the character means a great deal in the movie" and "We had to ask three times to cast So Ji-sub. He finally let us know that he'd accept the offer for no compensation, after much thought".

Movie "The Throne" will be released on September 16th.

"So Ji-sub makes a special appearance in 'The Throne' "
by HanCinema is licensed under a Creative Commons Attribution-Share Alike 3.0 Unported License.
Based on a work from this source