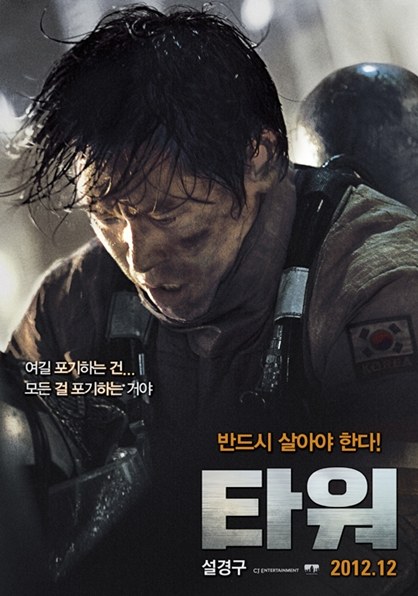 Sol Kyung-gu and Son Ye-jin's movie "The Tower" will be screened in Japan as well as America.

According to a Japanese media, "The Tower" will be released in Japan in August under the title, "The The Tower Fire on a High Rise Building".

A media introduced the movie as the greatest Korean blockbuster starring Sol Kyung-gu from "Silmido", Son Ye-jin from "A Moment to Remember" and Kim Sang-kyung from "Memories of Murder".

Having set a record of 5 million audiences this year, "The Tower" is about the danger of a fire that occurs on a 108 storey-high building. People struggling to save each other's lives in the worst of situations and realistic CG is enough to steal away the hearts of the audience.

"Sol Kyung-gu and Son Ye-jin's "The Tower" heads for Japan "
by HanCinema is licensed under a Creative Commons Attribution-Share Alike 3.0 Unported License.
Based on a work from this source