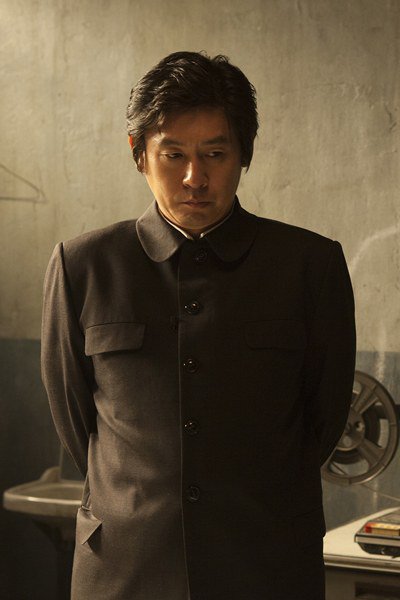 Actor Sol Kyung-gu is going on a Cherry Tomato diet to lose weight. He's losing the weight he gained for a movie, for another movie.

Sol Kyung-gu gained over 10 kg to become a stand-in actor for Kim Il-seong in the movie "My Dictator".

Sol Kyung-gu takes on the role of a nameless theatrical actor who stands-in for Kim Il-seong for the North and South Summit that occurred in 1974. In a situation where he had to be alike in every way from speech, behavior and image, Sol Kyung-gu started putting on some weight. The movie itself shows how he slowly becomes more and more like Kim Il-seong and his efforts have made the movie more realistic.

Now that Seol is done with "My Dictator", he has to lose the weight he gained for "Western Front" based in the times of the Korean War. He has to look frail as he's playing the role of a soldier at war, therefore his diet is made up of cherry tomatoes and working out.

Sol Kyung-gu has gone through losing and gaining weight over and over again throughout his professional life and he says, "I don't weigh myself anymore. I had to eat more to become the figure of Kim Il-seong. It's tough gaining weight, but losing it is harder".