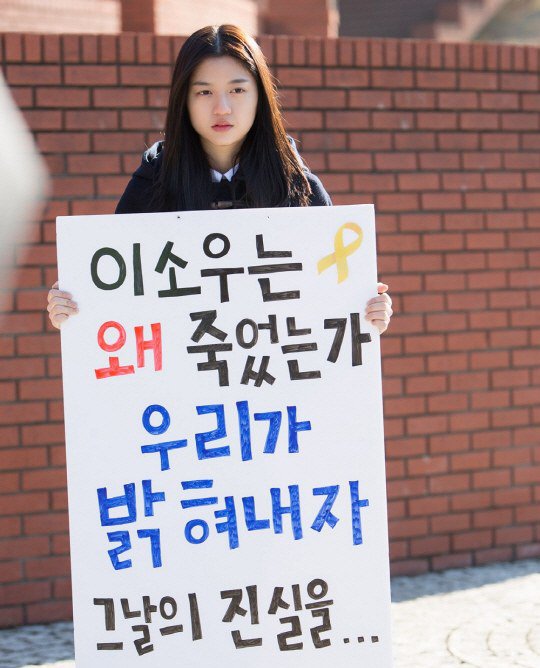 Kim Hyun-soo sets out to make a change.

Stills of the new JTBC drama "Solomon's Perjury" were released on the 12th.

Kim Hyun-soo in the picture is standing in front of Jungguk High School with a sign that says, "Why did Lee So-woo die? Let's bring out the truth". She is appealing for the need of a school trial regarding the death of her classmate. The Yellow Ribbon on the sign adds emphasis on the message she is willing to deliver. In the following pictures, Kim Hyun-soo looks almost angry as she makes a stance in front of the teachers even though she's getting slapped for it. 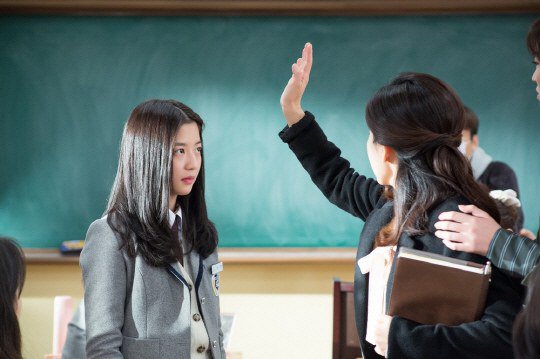 Kim Hyun-soo's role of Ko Seo-yeon is pretty, smart and has a good personality. She is the most popular girl in the school. Her motto is "Without trouble, just go with the flow". She stands by her motto to never cause any trouble in her life, but after Lee So-woo (Seo Yeong-joo) dies, she feels frustration at the grown-ups who are doing nothing about it and sets out to reveal the truth.

She overcomes her parents' and school's resistance and leads the school trial all just to unravel the secret to her friend's death.

It is expected that Seo-yeon's actions to reveal the truth about her friend's death will have an impact on those watching the drama. Not only that, but Seo-yeon and her fellow classmates make baby steps to bring about change to this society. 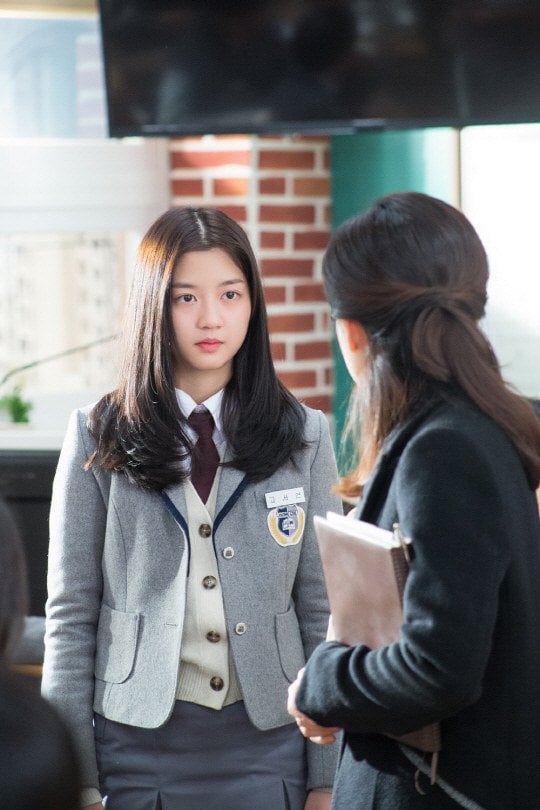 Meanwhile, "Solomon's Perjury" is based on an original by a Japanese novelist. A teenager falls to her death on Christmas and her friends set out to find out why. These children declare war with the grown-ups who won't give them any answers and are full of hypocrisy.

"Solomon's Perjury" is directed by Kang Il-soo and written by Kim Ho-soo. The first episode can be seen on the 16th of December.

""Solomon's Perjury" Kim Hyun-soo, one-man demonstration with the Yellow Ribbon "
by HanCinema is licensed under a Creative Commons Attribution-Share Alike 3.0 Unported License.
Based on a work from this source