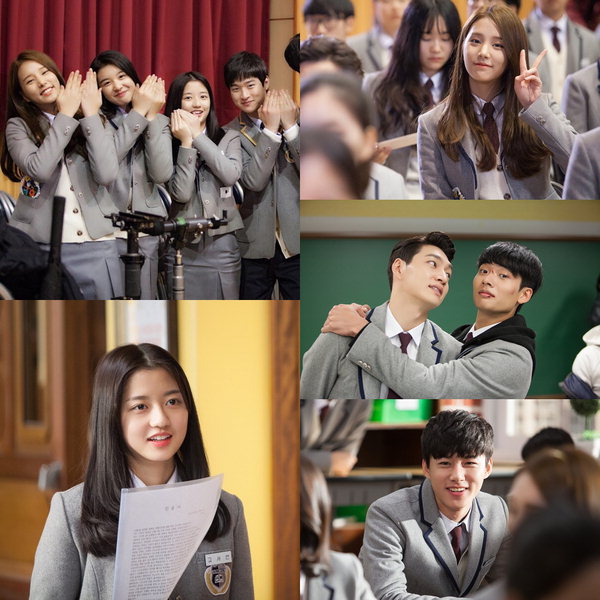 In the pictures are Kim Hyun-soo, Jang Dong-yoon, Seo Ji-hoon, Seo Young-joo, Solbin and others. They are all posing cutely for the camera. These stars have been showing a good amount of chemistry on the set and their lively atmosphere livens up the mood.

"Solomon's Perjury" is made up of rookie stars that take on the roles of students who make up most of the drama.

Energy overflows on the set of "Solomon's Perjury" as these rookies are full of it. They become serious and professional once the cameras start rolling, but once cameras are off, they start chatting like no other. They are all of similar age and they became friends real soon. On the premiere of the drama on the 6th, they complimented each other and were psyched for the release of the drama.

Actor Cho Jae-hyun said, "This is my first time working with so many rookies and I love it. I feel blended with them". Director Kang Il-soo said, "A lot of our scenes take place in school or in the school trial so most of the time a lot of the cast were in the same place at the same time".