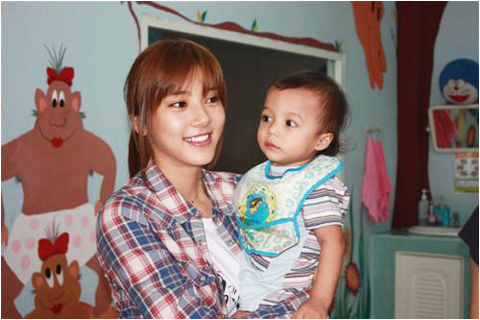 According to the Culture Exchange, Son Dam-bi went to the orphanage on March 20, the very day after she had participated in the "2011 Pattaya International Music Festival", and she gave gifts to 60 children in the orphanage and spent time with the children. A person from the Culture Exchange said, "Son Dam-bi took a look around the place and distributed school supplies and T-shirts to each one of the children. 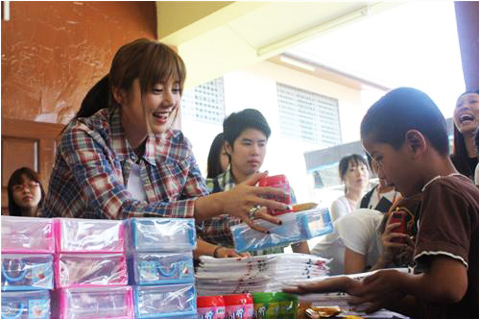 In addition, she gave around 20 children under three years of age a big hug and made eye contact with all of them. She watched Thailand's traditional dance performed by the children at the hall and took a commemorative picture with the priest, the director of the orphanage, and the children. The children became attached to Son Dam-bi and some of them even burst into tears when she left the place". Son Dam-bi expressed her feelings, saying, "I was glad that they gave me a warm welcome with their pure eyes and smiles even though I came from a far-off unfamiliar country".