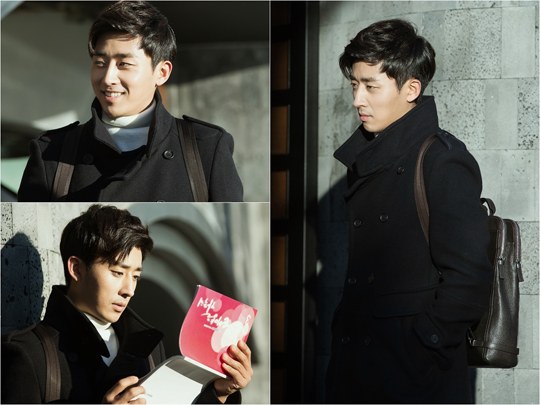 The pictures of him make him seem chic with his neat hairstyle and black coat. He's concentrating on his script and deeply into his character.

Meanwhile, "The Full Sun" is about a man and a woman who lose their loves ones and their lives due to a diamond incident in Thailand. To be aired for the first time on the 17th of this month.

"Son Ho-jun's first filming of "The Full Sun""
by HanCinema is licensed under a Creative Commons Attribution-Share Alike 3.0 Unported License.
Based on a work from this source