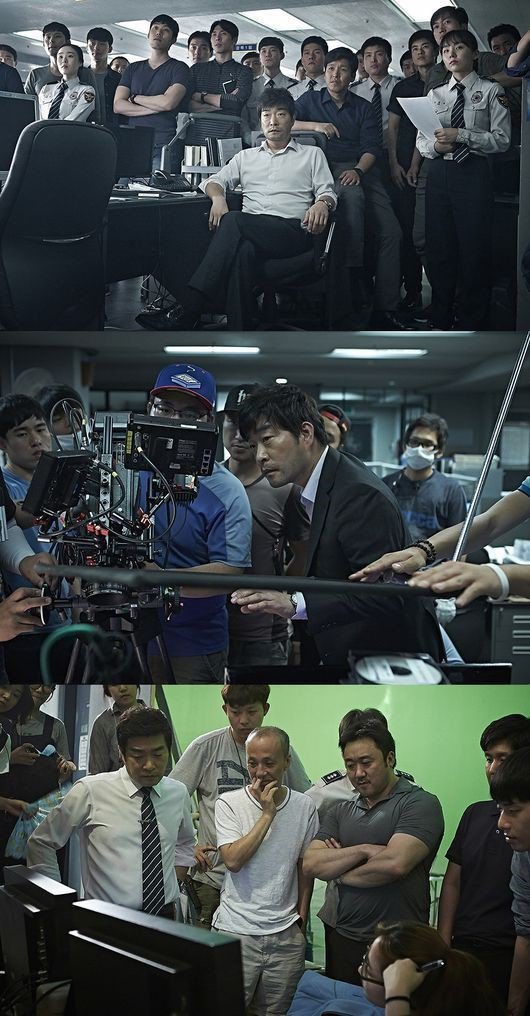 "Chronicles of Evil" is a thriller about a detective who is about to be promoted getting kidnapped one day.

"Chronicles of Evil" has been building anticipation with its intense storyline and cast which stars Son Hyun-joo, Ma Dong-seok, Choi Daniel and Park Seo-joon.

The crank up started in the police station in which many of the major casts were present. Those who weren't there joined later and wished the movie a successful release.

With head of department Choi (Son Hyun-joo) in the lead, "Chronicles of Evil" other policemen, criminals and appearances have done an outstanding job and builds the tension in the movie even more.

Son Hyun-joo said, "It was a pleasure to make this movie because it was fun. I hope to meet the audience soon".

Ma Dong-seok said, "You can look forward to a well-made thriller. Choi Daniel said, "Movies based in good atmosphere tend to succeed and "Chronicles of Evil" will be one, too".

Park Seo-joon said, "I could learn a lot thanks to great people and I'm grateful for being a part of this".

"Chronicles of Evil" will be released next year.

"Son Hyun-joo and Park Seo-joon's "Chronicles of Evil""
by HanCinema is licensed under a Creative Commons Attribution-Share Alike 3.0 Unported License.
Based on a work from this source