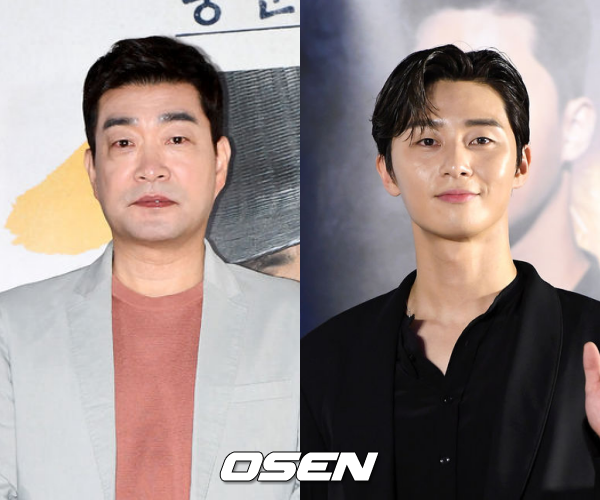 Son Hyun-joo was interviewed for the movie "Jesters: The Game Changers" on the 19th and he said, "I met Park Seo-joon in the movie "Chronicles of Evil" and he asked me if I would appear in his drama".

"I went all the way to Wonju for my scenes, where 50 or so staff were waiting. I play Park Seo-joon's father when he was young. We were filming when Park Seo-joon blew me a heart, so I did the same".

Meanwhile, "Itaewon Class" is based on an original webtoon about a 'hip' revolt by stubborn and courageous youths living in this unfair world. It contains the starting of businesses of those who pursue freedom with their own values on a small street in Itaewon. The unique characters and the lines of the webtoon brought about its popularity and it's a million-seller work on portal site Daum. Besides Park Seo-joon, Kim Da-mi, Yoo Jae-myung and Kwon Nara have confirmed their appearances.

"Son Hyun-joo to Make Special Appearance in "Itaewon Class" for Park Seo-joon"
by HanCinema is licensed under a Creative Commons Attribution-Share Alike 3.0 Unported License.
Based on a work from this source