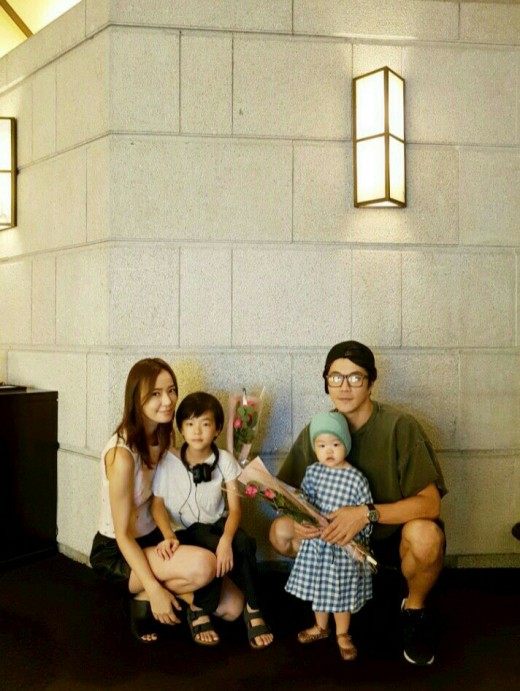 Son Tae-young has shared her family photo she took with her husband, Kwon Sang-woo, son Ruk-hee and daughter Ri-ho.

On August 19th, Son Tae-young posted the photo on her personal Instagram along with the caption saying, "Friday today is my birthday, exactly two weeks later from my husband's birthday. It's hard to come out often with the whole family. Thank you, honey, Ruk-hee, Ri-ho❤".

Son Tae-young will make a cameo appearance in tvN's new Friday & Saturday drama, "The K2". She will play a superstar actress Eom Hye-rin in the drama.