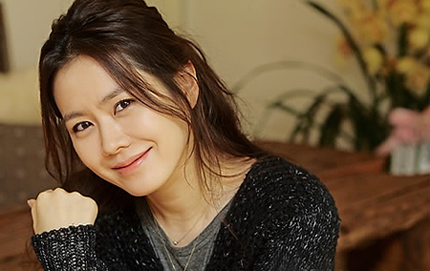 Actress Son Ye-jin, who will play the female protagonist named Kang Ye Ri in the movie "Spellbound", said, "I would like to act after abandoning myself. I am more attracted to new genre, new character and new story. I think that when I can enjoy, the audience can enjoy. I hate my similar facial expressions. I want to break the boundary of my acting"

Son Ye-jin has appeared in the movie at least once a year since she appeared in the movie "Lover's Concerto" in 2002 when she was in her early twenties. She usually appears in melodrama and romantic comedy movies such as "April Snow" (2005, directed by Heo Jin-ho) and "Crazy First Love" (2003). "Spellbound" (directed by Hwang In-ho) that will be released on December 1 is not so much different from her previous works, but it has difference of adding an atmosphere of horror in the movie. 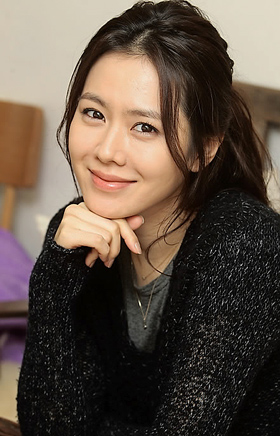 On November 24 one week before the movie's release, Son Ye-jin came to a café located in Samcheongdong to give an interview. She said, "I seem to have a desire to present different appearances to the audience. And I happened to see 'Spellbound' which was very attractive thanks to its mixed genres of romantic comedy and horror. But I felt worried about the fact the rookie director will produce this movie. I have worked with many other rookie directors up to now, but I thought that experienced directors would be better for finding something new appearance from me. But I could not give up the attractive storyline only because of the fact that the director was not yet proved, so I gathered my heart". The movie is about a love story between Yeo Ri (Son Ye-jin), who can see ghost, and a timid magician Jo Goo (Lee Min-ki). The story is very unique as it mixed all different stories of love, friendship among women, and revenge. Son Ye-jin successfully played a woman who solves problems of ghosts in the movie. The character has a huge gap in her emotion as she has to feel gloomy while living together with the ghosts and feel love from her romance. Sohn said, "I had difficulty of controlling my emotion because I was confused how far I have to be sad, awkward, lovely, and surprised. I did not know appropriate level of emotion. In addition, I first filmed the scene in which I had to feel feared after seeing ghost in the movie, and it was also very difficult. But I could learn new things such as how to look at camera, how to be suddenly immersed, and how to control my breath". Like the character Yeo Ri whose mood dramatically goes up and down, actresses sometimes feel the same way. Son Ye-jin has always been portrayed as a pure and innocent woman and a dignified woman in the works, but she said, "I often feel sad in my ordinary life. I sometimes become a positive person, but I keep sadness in my mind. I have many kinds of thoughts in my head and those thoughts drive me feel sad. I would have felt comfortable if I were a positive person, but I am afraid I am not (laugh)". 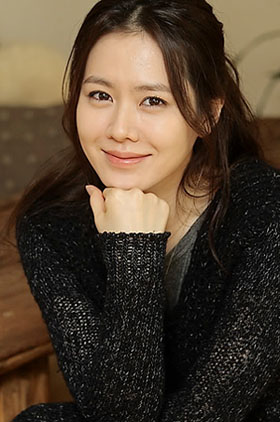 Son Ye-jin has played the protagonist for nine years since her appearance in "Lover's Concerto". She said, "I have an ordinary face as an actress. I am not pretty nor ugly, but I spent my entire time of twenties to become a best actor". She reportedly wanted to develop herself and present mature acting. Even though her desire to become a best actor is still the same, she feels that she cannot play the protagonist forever as she grows older. She Said, "In my twenties, I liked my job very much, but I also felt difficulties because I had to be judged by other people. How long will I have to keep this job? Do I have to retire in the middle of thirties? I have thought like these before". But she recently changed her mind while she was filming her recent movie entitled "Tower" (2012). She began to have a desire to present mature acting on which all the wisdom of lives reflected.

She said, "From some moment, I like the acting of experienced senior actors. When I filmed "Tower", there was a scene in which actor Song Jae Ho stood without action, but his appearance standing still looked like his acting. His entire life seems to be acting and seems to be an entire work by itself. His wrinkles and appearance all looked as a perfect acting for me, and I want to present that kind of excellent acting like him". Son Ye-jin emphasized again that she wanted to break down all the limit of herself that she has come to have while acting for a long time. She said, "Actors are different from ordinary office workers because actors can become specialists when they manage themselves very well. I am not afraid of growing older. If I fear of aging, I might need to stop acting pretty soon because the youth will disappear some day. I might not be able to play the protagonist in a near future. But I do now think that those are not all about acting. I want to present acting like what the actor Song Jae-ho and Kim Hye-sook present. I have to manage myself and try to present acting that fits suitable to my age". Asked about her marriage plan, she answered, "I do not want to wed very late. Due to my desire about acting, it might be difficult to marry right now, but I will marry when I am prepared to be a good mother and good wife". Asked about what kind of movie she wants to pursue, she answered, "I have thought that an actor will have only one perfect work during his or her entire life, and I still think the same way. I want to present a story about love and friendship like the movie 'Thelma & Louise' and a story of romance and sexy dance like the movie 'Dirty Dancing'. But I ultimately want to present desperate acting that I have to abandon myself like the actress Natalie Portman in her movie 'Black Swan' and the actress Isabelle Huppert in her movie 'Pianist'".

"Son Ye-jin: 'I Do Not Like Similar Appearance'"
by HanCinema is licensed under a Creative Commons Attribution-Share Alike 3.0 Unported License.
Based on a work from this source