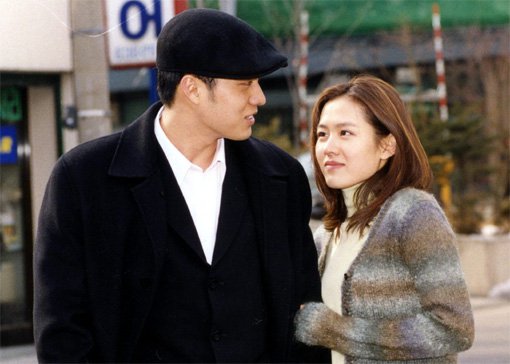 Actors Son Ye-jin and So Ji-sub are starring in a fantasy human mellow movie called "Be with You". This is the first time in 16 years that they are co-starring in something together since 2001.

This is the first time Son Ye-jin and So Ji-sub are starring in a movie together. The synergy between them is something to look forward to and so is the mellow flow between them.

"Be with You" is based on a Japanese original novel. It sold over a million seller in 2004 and it was successful as a movie, too.

"Be with You" is the story of a woman who dies leaving behind her son and husband, then comes back a year later. She puts her fate on the line for her family.

Son Ye-jin proved her potential with the movie "The Last Princess" last year. She was then asked to join several movies but she decided with "Be with You". So Ji-sub is looking forward to the release of "The Battleship Island" in July.

"Son Ye-jin and So Ji-sub to star in mellow flick "Be with You""
by HanCinema is licensed under a Creative Commons Attribution-Share Alike 3.0 Unported License.
Based on a work from this source