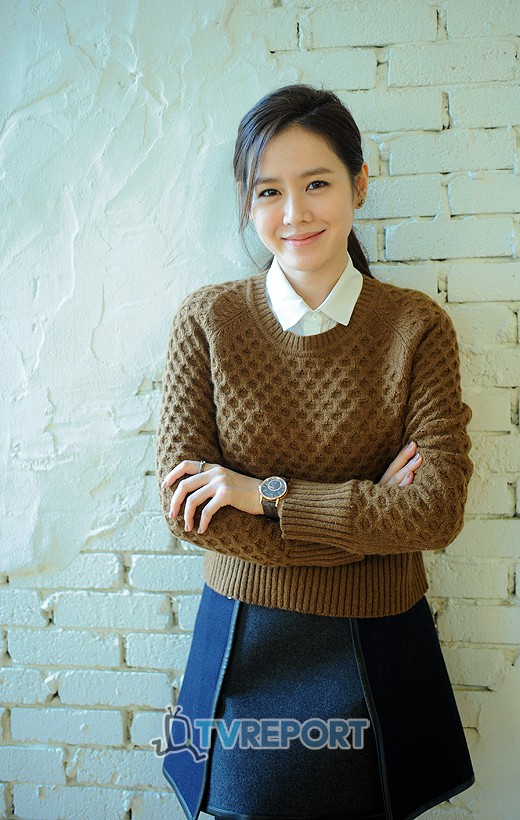 Actress Son Ye-jin (29) said, "I met Ha Ji-won recently and we became sisters". The two are part of a group called the 'Ha Son Kim' which stands for Ha Ji-won, Son Ye-jin and Kim Ha-neul, the top possible leading actresses that CJ, Lotte Entertainment and others love.

With the release of movie "Spellbound" coming up soon, Son Ye-jin said, "I have been in movies for the past 10 years but only met up Ha Ji-won for the first time recently and exchanged phone numbers".

Ha Ji-won is 4 years older than Son Ye-jin and Sol Kyung-gu had introduced them. He got close to Ha Ji-won while filming the movie "Haeundae" and got close to Son Ye-jin while currently filming the movie "Tower". He introduced them and said, "Be friends". It appears their heads of management are also close buddies so they naturally became sisters.

Son Ye-jin said, "I have no idea how comfortable I am having Ha Ji-won for a sister (friend). It's not easy for actresses to become close to each other, but Ha Ji-won has a good personality and I think we can be really good friends". They also made a promise to invite each other to movie events.

She said, "At the party for her movie "As One", Sol Kyung-gu called me so I went out there around 12 and everyone was drunk and Ha Ji-won had gone home. The next day she said, "I didn't know you were coming. It was late so I left""..

She continued, "Senior's and junior's alike, no one can get close if you just look straight ahead. I plan on creating a good connection with all my management members like Lee Min-jung, Moon Chae-won and the others as well".

Son Ye-jin takes on the role of Kang Yeo-ri in the movie "Spellbound", who sees ghosts after an accident. Coming soon on the 1st of December.

"Son Ye-jin, "I am glad to have Ha Ji-won by my side""
by HanCinema is licensed under a Creative Commons Attribution-Share Alike 3.0 Unported License.
Based on a work from this source