Son Ye-jin's Latest Show Goes out on a High 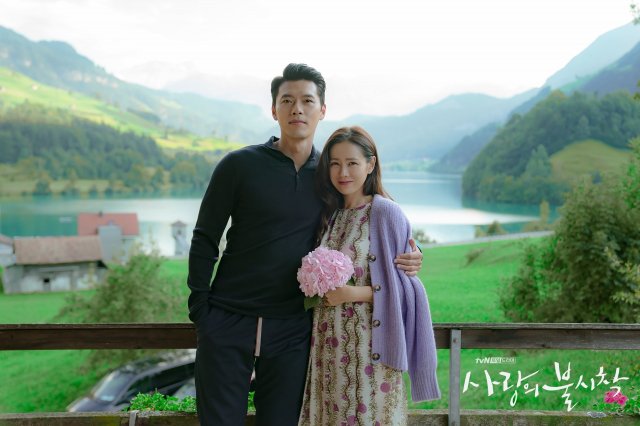 The popular TV series "Crash Landing on You" starring Hyun Bin and Son Ye-jin has ended with a record-breaking finale that delighted viewers all over the country.

The melodrama, which began airing on cable channel tvN in December last year, drew a 21.6 percent viewer rating with its final episode on Sunday, a new record for the cable channel's drama series. The previous record was 20.5 percent set by supernatural rom-com "Goblin" in 2016.

"Crash Landing on You" was especially popular among viewers in their 40s, with the last episode recording a whopping 29.4 percent rating among women and 23.6 percent among men.

The series revolved around a South Korean heiress who makes a forced landing in North Korea while paragliding, and a North Korean officer who falls in love with her while trying to hide and protect her.

The two stars' chemistry in an unusual setting for romance as well as supporting actors' scene-stealing turns have helped propel the show to the top.

"Son Ye-jin's Latest Show Goes out on a High"
by HanCinema is licensed under a Creative Commons Attribution-Share Alike 3.0 Unported License.
Based on a work from this source