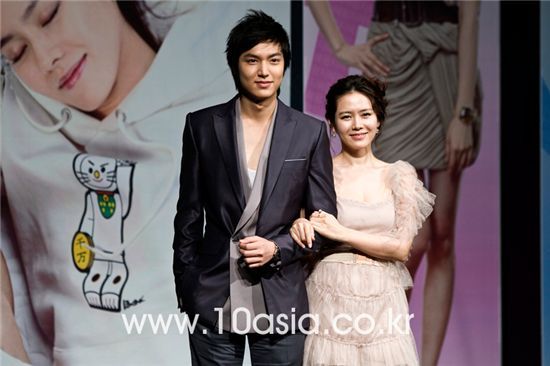 Q: If you were to compare your character [in "Personal Taste"] with Wang-son from "The Slave Hunters"?
Kim Ji-suk (Kim): First of all, the two are different genres and the two are different characters. If Wang-son was the youngest character who was comic and provided fun to the drama, Chang-ryeol is a main character who has to lead the story. And he is also different from Wang-son in terms of appearance, so people might feel like they are seeing a little of Wang-son in the character, I expect viewers to quickly fall in love with Han Chang-ryeol. Han Chang-ryoel is the most luxurious character that I have ever played. What is crafty about a person's mind is that, when I was working on "The Slave Hunters", I wanted to do a modern drama. But now, with so many things to worry about including my appearance, I've come to think that dramas are all the same.

Q: You will be going up against Han Jung-soo, your co-star from "The Slave Hunters", who will appear in SBS TV series "Prosecutor Princess".
Kim: I read Han Jung-soo's interview and he said that we practiced the script together which is true. I still have the script for "Princess Prosecutor". He asked many questions on the set of "The Slave Hunters", so I gave him a lot of my opinions, but he told me he shot the scene he asked about the following day and messed it up. It was actually all part of my detailed plan. (all laughs) We don't see each other as much as we used to but we root for each other although I want my drama to see higher ratings. Just to be nice, I hope "Prosecutor Princess" comes in second?

Q: Im Seulong, you will be competing against Ok Taecyeon who appears in "Cinderella's Sister".
Im Seulong : Ok Taecyeon and I are actually very close, so we have both been encouraging each other by saying, "Let's work hard, let's do it well". I read the interview he did for "Cinderella's Sister" yesterday, where he said he would beat me, and I told myself that I won't let him win. 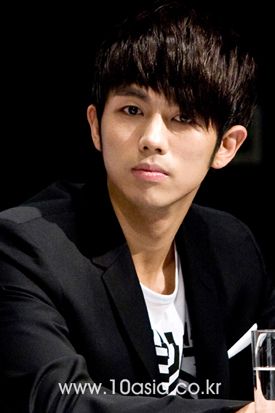 Q: What has the response been by the members of your group 2AM?
Im Seulong: I want them to ask me about the acting but they only ask questions like, "Is Son Ye-jin pretty', or 'Is Lee Min-ho handsome?" But they told me to show my serious side at the press conference today.

Q: I heard that you used to be a child actor, so does that help toward your acting now? What is the biggest difference between singing and acting?
Im Seulong: There is nothing from my childhood acting days that helps me directly. But I think I should say I received early education in acting so the experience of having been in front of the camera helps. They say singing is different from acting, but it's also different singing and doing variety shows. If I had to make a connection, my character from "Personal Taste" overlaps with the character I portray in variety shows. I didn't intend on finding a character with the same style but he's cheerful, funny and a little idiotic too so I think they're similar in that sense.

Q: If you had to score yourself on how your acting has been -- the first time since your childhood acting days?
Im Seulong: Three or four points out of ten? It's my first acting gig so I don't really know how well I can do. Actually, I could give myself a lower grade. When I was shooting my first scene, I was supersensitive because I was so worried, but I was able to wrap it up well because everyone took such great care of me. I had originally been very interested in acting and I've been given this opportunity, so all I can think about is that I have to work hard.

Q: The director said that he was going to try to win by having the male actors bare some skin. And they all have great physiques so there must be some competition about revealing your bodies.
Im Seulong: There is no competition at all but there is some pressure. I hope all the actors work out together and become much better friends.
Kim: When I was working on "The Slave Hunters", I felt pressured with everyone calling Jang Hyuk, Oh Ji-ho and Han Jung-soo 'animal guys'. I'm just relieved and glad that Im Seulong is on board with me.
Lee: There is one scene that I am topless in, but I don't know how many more there will be. I want to be left out of the competition. I don't want be an animal, I want to remain human. (laugh) 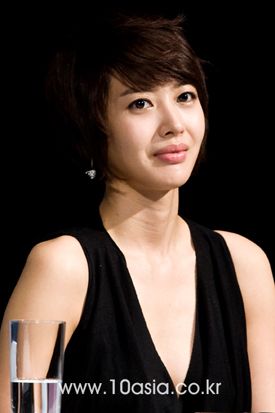 Q: Wang Ji-hye, you play a character who steals someone's lover. Did you face any difficulties in portraying a villain?
Wang: They say that you have to be really mean when you play a villain in order to become famous. I would like viewers to take a lot of interest in me, even if means they are going to hate me. I am playing the part like everything is up to me, so I hope viewers will adore me. I cut my hair when I got the part of In-hee because there was a part of me that hoped people would not recognize me at first as Wang Ji-hye but realize that it is me later on.

Q: The female characters Gae-in and In-hee are so different and unique that they could be called polar opposites. Which character do you prefer?
Lee: I actually don't like types like Gae-in in reality. I don't think she is a character that you can easily become attracted to as a woman. In reality, I find characters like In-hee more appealing. But it is possible to grow fond of a person when you spend much time with them so I think Gae-in could also turn out alright in the long run.
Kim: It is hard to choose because they are extremely different. In-hee is so intense that I feel overwhelmed by her. But I am also someone who is quite passive so she does seem attractive. Gae-in is so naive and nice that I think I will become complacent. If I had to choose one character, I would like to pick In-hee.

Q: What if those characters existed in person?
Kim: If it's alright with the two actresses, I would like to say that I would be grateful. I was always hanging around with men for "The Slave Hunters" but I now get to talk to and interact physically with these beautiful actresses so I am happy every day.

Q: What is your prediction for the viewership rating of "Personal Taste"?
Son: I don't expect high ratings from the start. I used to love watching "Pasta" and I think it would be great if our ratings kept climbing like "Pasta". And I hope it eventually does better than "Pasta".

"Son Ye-jin says relieved Lee Min-ho "not young-looking" (2)"
by HanCinema is licensed under a Creative Commons Attribution-Share Alike 3.0 Unported License.
Based on a work from this source