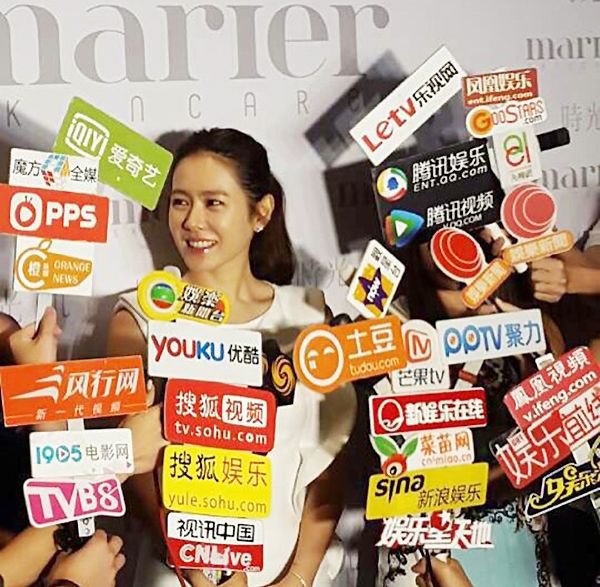 Actress Son Ye-jin showed off her strong standing as a hallyu star.

On September 9th, Son Ye-jin attended a promotional event for a cosmetics brand in Hong Kong. Her popularity was hot. Major media companies competed with each other to report her presence at the venue.

Her friendly manner shined as well. Son Ye-jin smiled brightly at the multiple large microphones. She responded to the questions from the reporters in Hong Kong courteously.

She looked innocent as ever. She showed off her goddess-like beauty in a pure white dress.

Meanwhile, Son Ye-jin's new movie 'Bad Guyes Always Die' will be released on October 23rd. She co-starred with the Chinese actor, Chen Bolin in the movie.

"Son Ye-jin smiles brightly despite the close media coverage "
by HanCinema is licensed under a Creative Commons Attribution-Share Alike 3.0 Unported License.
Based on a work from this source