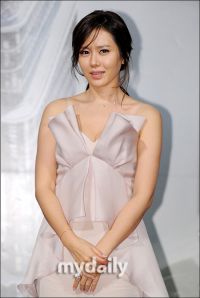 Jo Hae-woo played by Son Ye-jin is the only child of Gaya Hotel Group and is a passionate but proud independent woman. She knows how to act as her heart tells her to without hesitation and she's made up of boldness that allows her to stand in front of anyone with charisma. She gives up the position of heiress to the group and becomes a prosecutor herself.

Son Ye-jin says, "I chose this because of the writer, the director and the depth of the story and the character. It's been a while since I've done a mellow act and I hope I can display the emotions of this Hae-woo character to the fullest".

"Shark" will be on aired with "The Queen of Office" at the end of May.

"Son Ye-jin stars in "Shark""
by HanCinema is licensed under a Creative Commons Attribution-Share Alike 3.0 Unported License.
Based on a work from this source