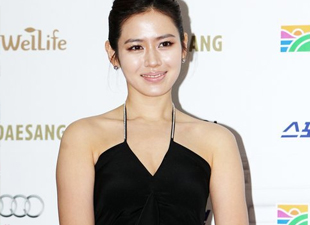 Actress Son Ye-jin is planning on debuting in the Chinese film market...before it gets too late!

After making her big screen comeback with Lee Min-gi in the movie "Spellbound", Son revealed on a recent interview with OSEN that she's currently eyeing out the Chinese movie scene. In fact, more than just eyeing it out, she dished that she will be starting a new Chinese film project early next year. It will be a mix of film noir and melodrama.

Son added that these days, not just actors, but directors too are working in the Chinese market. Thus she wants to also venture in before it gets too late.

The actress is currently shooting "Tower", a movie set for a summer 2012 release. Also, her movie "Spellbound" will premiere this December.

"Son Ye-jin To Film Chinese Movie Early 2012"
by HanCinema is licensed under a Creative Commons Attribution-Share Alike 3.0 Unported License.
Based on a work from this source