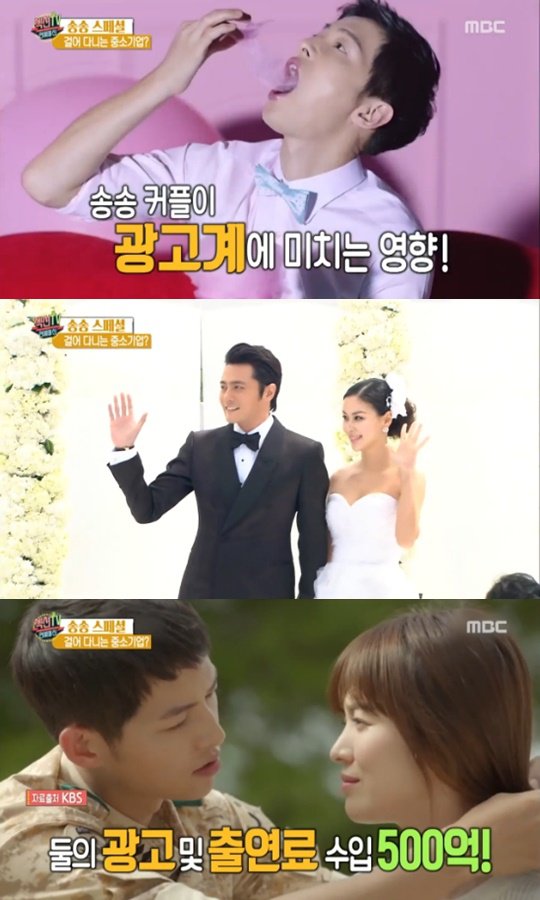 The amount of money Song Hye-kyo and Song Joong-ki made last year was revealed.

The MBC TV show "Section TV" on the 9th of July broadcasted something called the "Song and Song Special". The couple are getting married on the 31st of October.

News of their marriage is inflicting a huge influence in the advertising industry. The Korean 'Brangelina' Jang Dong-gun and Ko So-young made over 20 billion won in advertisements and drama in 2010 when they got married.

According to "Section TV", the Song and Song couple made 50 billion won just last year and their wealth adds up to 100 billion won in total. This is more than Jang Dong-gun and Ko So-young.

"Song Hye-kyo - Song Joong-ki, Jang Dong-gun - Ko So-young's wealth worth 100 billion won "
by HanCinema is licensed under a Creative Commons Attribution-Share Alike 3.0 Unported License.
Based on a work from this source