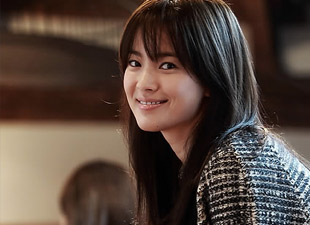 Actress Song Hye-kyo has emerged as a winner at the 2011 Female Movie People awards.

According to the reps of the 2011 Female Movie People awards on December 13th, Song's role in "A Reason to Live" was the clincher for her to win this year's Female Movie People Acting award. The reps said that Song was able to show a different side of herself: a deeper more intense gaze, a sense of calm and steadiness, and a new graveness. She was also said to have really tackled the theme of forgiveness, helping movie-watchers to understand its true meaning.

This award is determined by both netizens and female movie industry related people.

The award ceremony will take place at 7:30 PM on December 15th at the Seoul Anguk Cinecode, hosted by actor Park Chul-min.

Other categories to keep tabs on are as follows: