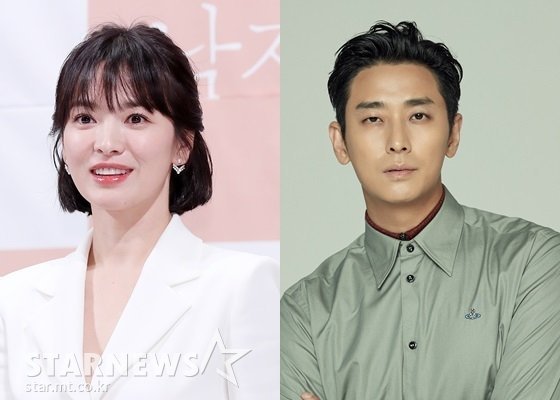 Song Hye-kyo and Ju Ji-hoon have been offered parts in "Hyena", a new KBS 2TV drama.

UAA announced that it's true Song Hye-kyo has been offered a role, but she hasn't made any confirmation yet.

Key East said "Hyena" is just one of the offers Ju Ji-hoon is considering.

"Song Hye-kyo and Ju Ji-hoon Consider Starring in "Hyena" "
by HanCinema is licensed under a Creative Commons Attribution-Share Alike 3.0 Unported License.
Based on a work from this source