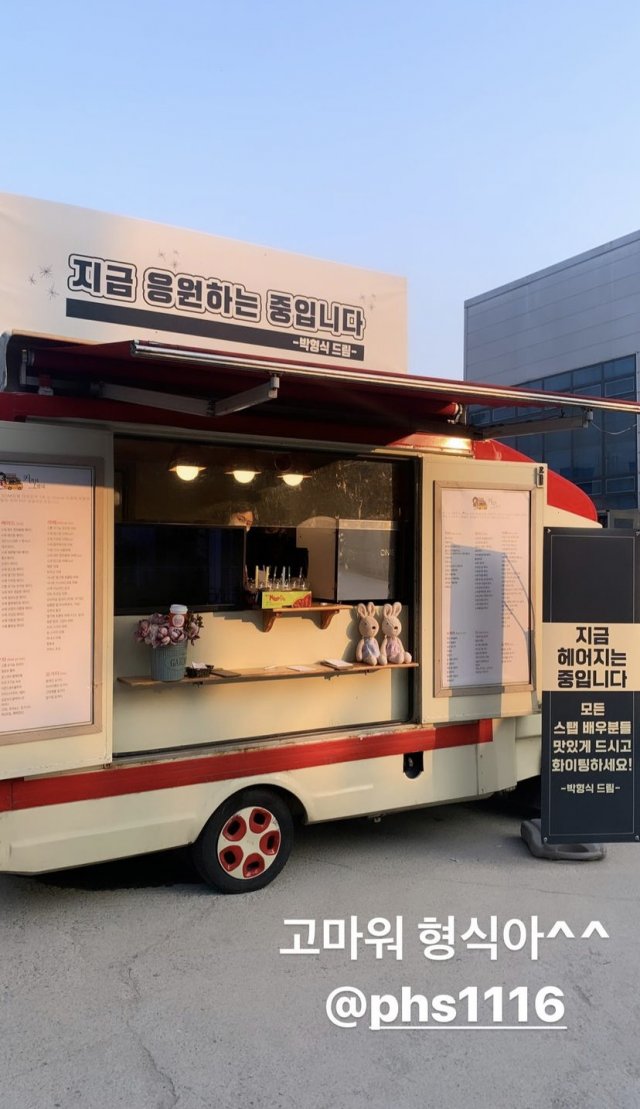 ZE:A - Children of Empire singer and actor Park Hyung-sik had presented her with a coffee truck on the site of her currently filming drama "Now, We Are Breaking Up". He parodied the title of the drama and wrote, 'Now, We Are Supporting You' on the banners. Song Hye-kyo replied, "Thank you Hyung-sik", on her post. 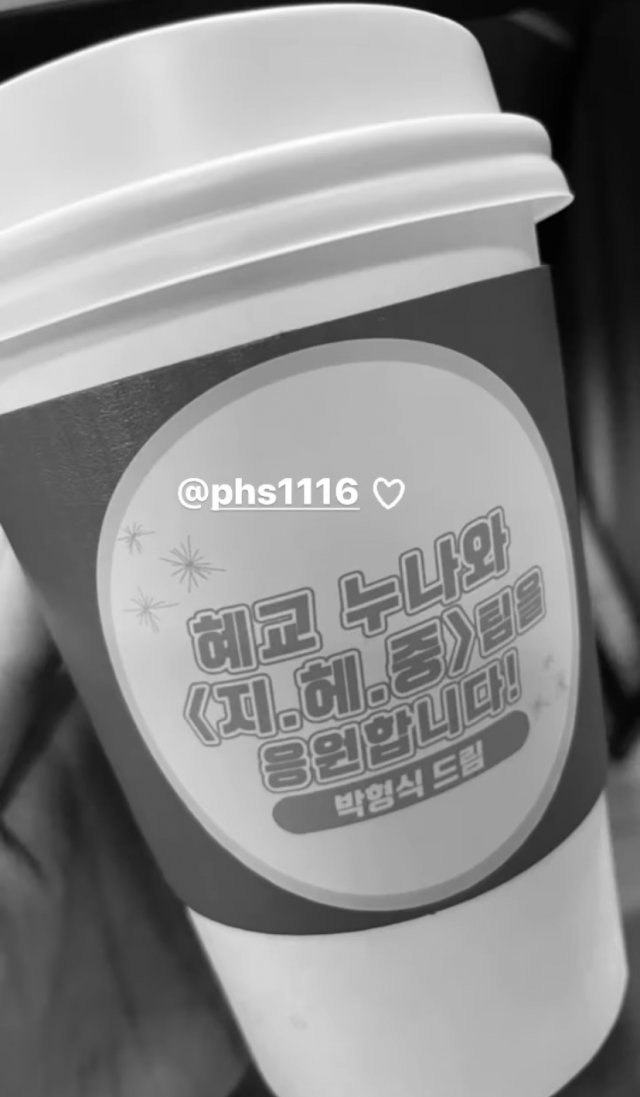 On the cup holders are words of support for Song Hye-kyo from Park Hyung-sik.