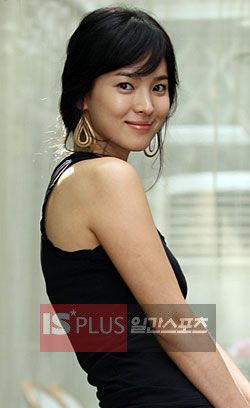 Actress Song Hye-kyo is coming back to the Korean film industry after "Hwang Jin Yi". The upcoming film 'A Reason to Live"', is directed by director Lee Jeong-hyang, who made "The Way Home". She casting Song Hye-kyo as the main role; this movie will start shooting on the 24th.

Song Hye-kyo was filming 'The Grandmaster' until early November. This drama cranked in since last February so Song Hye-kyo had to move back and forth between China and Korea. They expected about 3 months of shooting but due to Wong Kar Wai's detailed directing, it was extended; Song Hye-kyo had to spend most of 2010 in China.

She was filming her first American film "Fetish" in America in 2008. This wasn't as long as 'The Grandmaster', but she had to work really hard among foreign staff, actors and new place.

Due to all these facts, she is more than happy to start a new movie in Korea. The work with her favorite director, Lee Jeong-hyang, is one of the main reasons why she is full of hopes.

'A Reason to Live"' is about one female PD's emotional drift after she loses her beloved man in a car accident. Song Hye-kyo will play as the female PD.

On the other hand, "Fetish" will be released on the 25th.

"Song Hye-kyo is back on Korean screens after a 3-year gap"
by HanCinema is licensed under a Creative Commons Attribution-Share Alike 3.0 Unported License.
Based on a work from this source