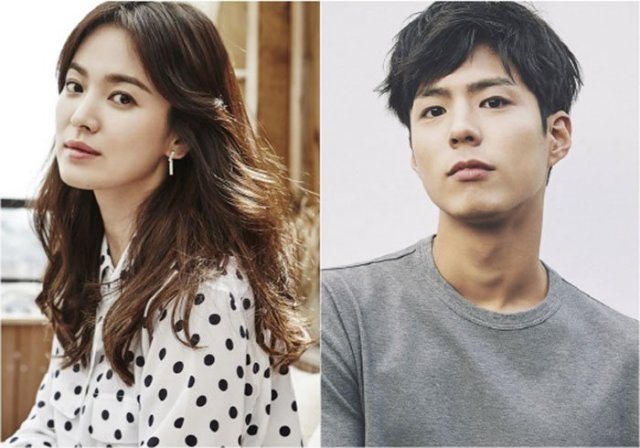 Song and Park are set to return to the small screen about two years after they each starred in a hugely popular TV series -- Song in "Descendants of the Sun" and Park in "Moonlight Drawn by Clouds" -- in 2016.

The casting of the two popular stars has itself created a lot of buzz, whetting the appetite for the series among their fans.

The new series will be Song's first TV drama since her marriage to actor Song Joong-ki.

Park, who shot to fame with the huge success of the nostalgic TV series "Answer Me 1988" in 2016 and appeared in another megahit TV series, "Moonlight Drawn by Clouds", the same year, has enjoyed soaring popularity since then.

The upcoming melodrama revolves around the relationship between a daughter of a prominent political figure and an ordinary young man.

"Song Hye-kyo, Park Bo-gum to Co-Star in New TV Series"
by HanCinema is licensed under a Creative Commons Attribution-Share Alike 3.0 Unported License.
Based on a work from this source